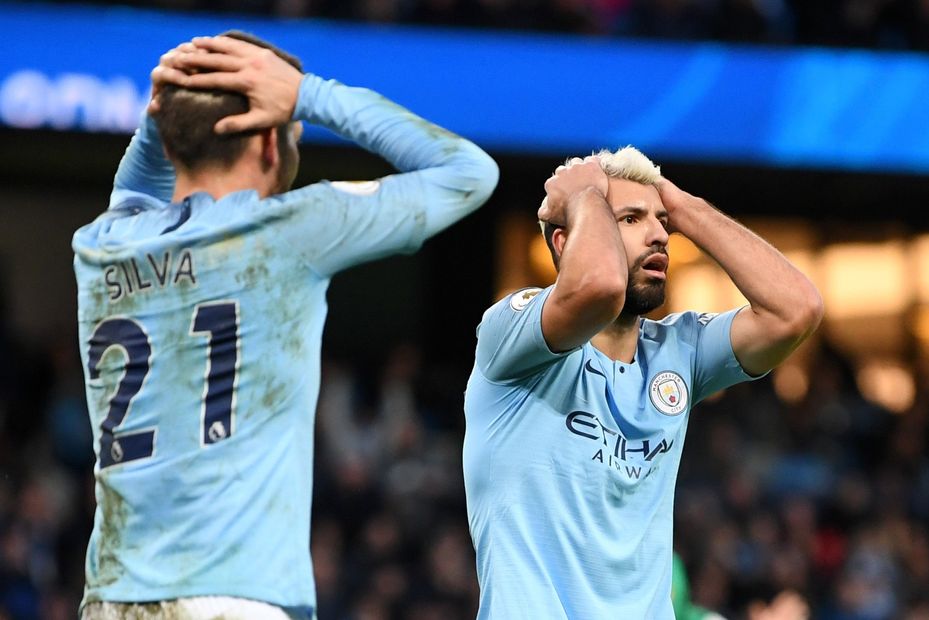 City are not in poor form but their results are not matching the quality of their performances.

Pep Guardiola's side have dominated all five of their matches in 2020, yet they have dropped five points.

Man City's creativity is not the issue. They outshoot their opponents by an average of four shots to one per match.

But based on the quality of chances they have created and conceded, Opta's Expected Goals (xG) metric tells us they should have won this year's matches by an aggregate score of 13-4.

Instead they have scored 11 and let in six. They are underperforming at both ends of the pitch.

Based on the entire season, their xG compares poorly with league leaders Liverpool.

Heading into the current Matchweek the Reds had scored 10 goals more than their xG and conceded eight fewer than they were expected to.

In Saturday's 1-0 win at Norwich City, they again showed their efficiency at both ends with Sadio Mane's clinical finish and Alisson's fine form in goal.

While the champions have marginally exceeded their xG scored, they have fallen 25 points behind because they are squandering gilt-edged opportunities and have let in nearly double the amount of goals they should have.

This Sunday's opponents West Ham United will hope for a continuation of Man City's inefficiencies.

But if David Moyes' side encounter the ruthless Man City that won 6-1 at Aston Villa, then the 18th-placed Hammers could face a very uncomfortable afternoon at Etihad Stadium.

How do City turn a corner?

Guardiola will wonder if his selection decisions have cost City points this season.

It could be argued the Spaniard has tinkered too frequently with his starting XI.

By making wholesale changes for every match, especially in defensive areas, his side have appeared more disjointed out of possession than many of their rivals.

Last six matches in all comps

For example, defenders Joao Cancelo, Kyle Walker, Nicolas Otamendi, Oleksandr Zinchenko, Aymeric Laporte, John Stones and Benjamin Mendy have all dipped in and out of the team in recent weeks.

Being part of different formations in each of their last four outings has perhaps compounded a sense of collective unease.

It is not easy for defensive players to strike up strong partnerships or to forge chemistry when they do not play alongside the same player in the same set-up each week.

This in part explains why they have looked shaky when opponents have tested them inside the final third.

West Ham will look to exploit this uncertainty at the back, but to stay in this contest the Londoners must first hope that City don't rediscover their shooting boots.