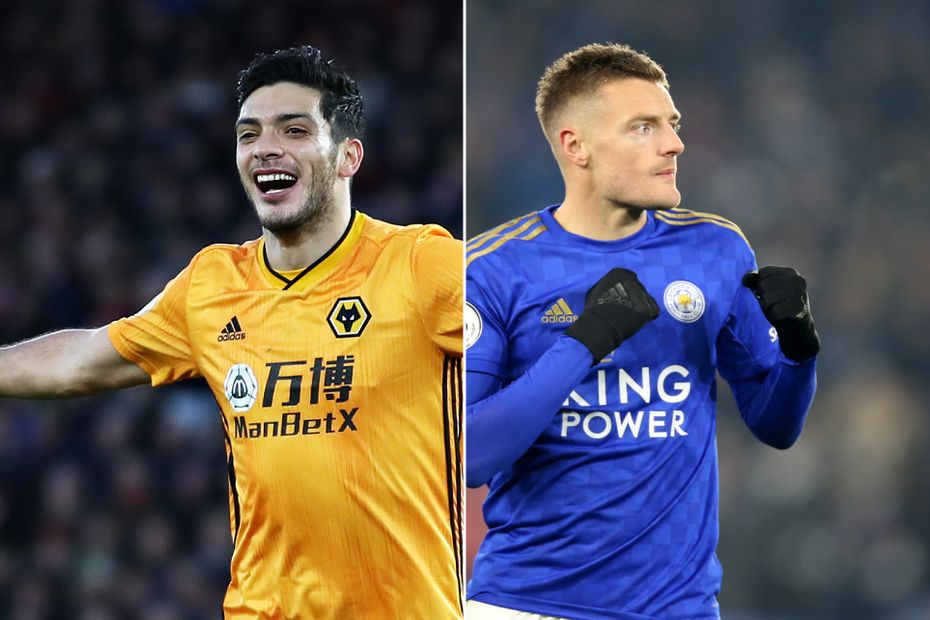 One of the highlights of Matchweek 26 is the head-to-head between two of the best No 9s in the Premier League.

Raul Jimenez and Jamie Vardy have shared 28 goals and 10 assists between them this season and the striker who shines brightest on Friday night is likely to be the match-winner.

Wolverhampton Wanderers rely on the all-round excellence of their Mexican centre-forward.

Jimenez is ideally suited to his team's counter-attacking style. He works hard off the ball and is outstanding at linking up play, especially with Wolves' wide men.

He works especially well with Diogo Jota, who has received 11 of the 38 chances Jimenez has created this term.

The 28-year-old is also developing a wonderful relationship with the fast-improving Adama Traore.

Since the start of 2019/20 Jimenez has set up eight chances for the winger, a tally that includes three assists.

The speedy Spaniard has returned the favour, creating 18 opportunities and five assists for Jimenez.

These stats tell us that head coach Nuno Espirito Santo has developed a front three who work exceptionally well in unison.

While Leicester City's Vardy edges Jimenez for overall goal involvements, there is no doubt the Wolves star is the more skilled creator.

He provides chances for others at a far more prolific rate.

If Jimenez has a weakness it may be his finishing.

His movement in the box is fabulous but on occasion he can be wasteful.

Vardy, now 33, is still as sharp in front of goal as he has ever been.

Despite having 28 fewer shots than Jimenez, the Premier League's top scorer has still hit the target on more occasions.

This accuracy has brought him six extra goals at a superb conversion rate of 32.1 per cent.

For the less clinical Jimenez that figure stands at 13.6 per cent.

Interestingly over 70 per cent of the chances created for Vardy in the Premier League this term have been created by a quartet of exciting young Foxes players.

They have also been responsible for a combined eight assists for him.

Stopping their supply line will be a high priority for Wolves at Molineux.

Vardy and Jimenez are penalty-box predators who can convert a wide range of chances.

They are both strong in the air, able to run on to through-balls, skilful in tight areas and capable of dispatching opportunities with either foot.

Surprisingly his top speed of 34.69km/h this season is faster than the 34.64km/h reached by Vardy.

That pace is a huge asset for Wolves when they hit opponents on the break.

However, Vardy is the more two-footed player, scoring just as many goals with his supposedly weaker left foot so far this season.

Both No 9s have enjoyed tremendous seasons and are equally integral to the way each respective side sets up tactically.

This reverse fixture finished 0-0 on the opening weekend. Be surprised if there is a repeat of that scoreline on Friday night.