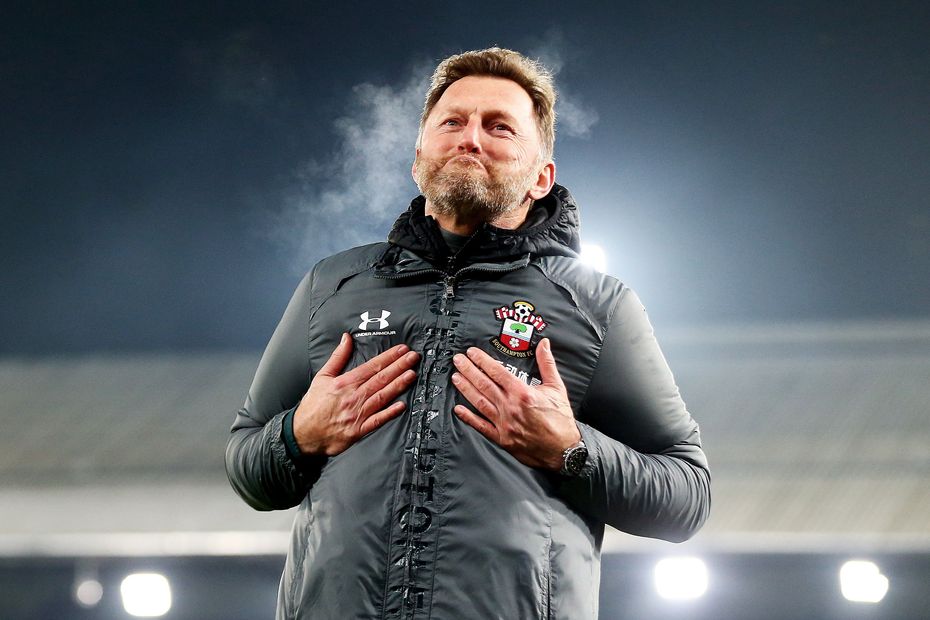 From relegation strugglers to an outside shot at top six. Adrian Clarke looks at factors behind Saints' mid-season revival

Southampton have transformed themselves from relegation contenders to a side with a chance for a top-six place going into the Premier League season run-in.

Twelve Matchweeks into this campaign Saints had lost eight matches and sat second from bottom.

While they are 13th ahead of playing Burnley, Southampton are now closer in points to sixth place than they are to the relegation zone.

They have turned their season around by settling on a consistent shape and style of play.

At the start of 2019/20 Ralph Hasenhuttl frequently switched formations as he chased a formula that suited his team best.

But in Matchweek 13 the manager eventually found the perfect recipe.

Southampton set up in a classic 4-4-2 formation away to Arsenal and were unfortunate to come away with just a point, conceding a stoppage-time equaliser in a 2-2 draw.

Since then they have played with the same system in every Premier League match.

In their new shape Saints have consistently operated at a fast tempo and passed the ball in a slick, assured manner.

While there has been the occasional bump in the road, results have picked up dramatically with the 4-4-2 system.

Away from home they have been fabulous, earning four victories from their last seven road trips.

Averaging 1.77 points per match in their new shape, Hasenhuttl’s men would sit in fourth place on 44 points had they maintained the same level over the course of the season so far.

Defending as a team

While it is Southampton’s progressive style of play that has caught the eye since their turnaround began in late November, they are also defending better.

Simplifying the structure and persisting with the same shape has helped them make fewer mistakes.

A renewed desire to press has also made a difference, with everybody working harder to close opponents down.

This proactive style of defending has eased the load on a back four who still look vulnerable when dealing with concerted periods of pressure.

Southampton have faced five fewer shots per match in their current formation compared with the opening 12 matches of the campaign.

In attack, two players in particular who have benefited are Stuart Armstrong and Nathan Redmond.

They have been used most often as the two wingers and their form has been excellent.

And Redmond has been in sparkling form. He scored and assisted at Selhurst Park and found the net in a fantastic 2-0 success away to Chelsea.

The duo, along with fellow wide man Moussa Djenepo, who has largely been used as an impact substitute, have all improved their output in recent months.

They are all creating more chances from open play, which is making Southampton a harder team to contain.

A more creative side

This weekend’s match at home to Burnley could see both teams mirror one another in formation.

The Clarets are more experienced in a 4-4-2 but Southampton are fast becoming one of the best exponents of this system.

Operating in the same shape means whichever team wins the most individual battles will likely prevail at St Mary’s Stadium.

The man Burnley will fear most is their former player and Southampton’s top scorer, Danny Ings.

But Hasenhuttl has restored confidence in all of his players, so it looks like Burnley will have a much tougher test than the one they faced in their 3-0 opening-weekend win.

Do not bank on the Clarets completing a league double over Southampton for the first time since 1946/47.