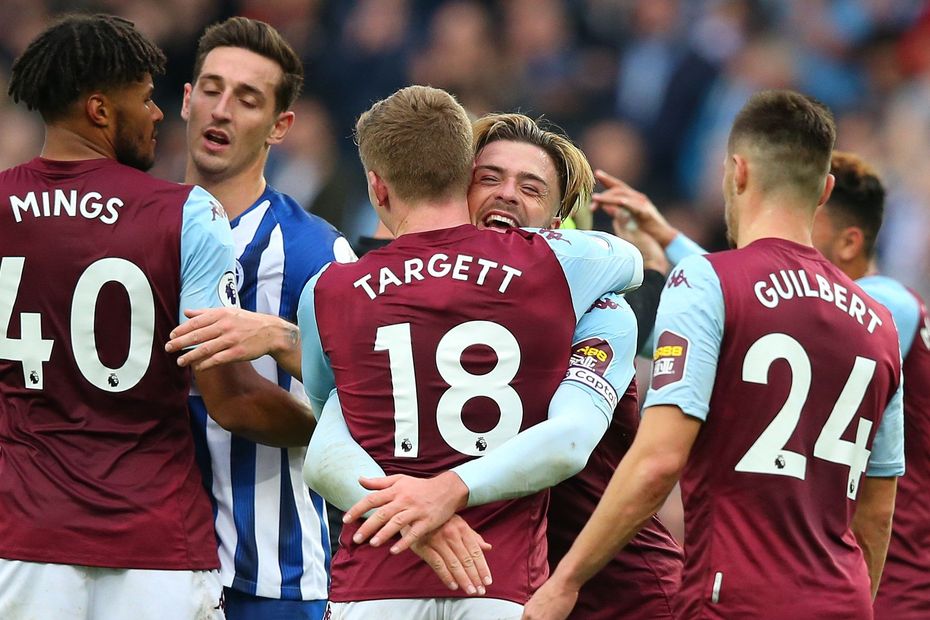 Villa had dropped into the bottom three after a poor December in which they collected just four points from a possible 21.

But that rotten run prompted a switch that may have turned around their season.

In that new shape the Villans have looked more assured in and out of possession.

Although they suffered a setback in losing 2-1 to AFC Bournemouth last time out, Smith's side picked up seven points from the previous three matches.

They also beat Leicester City over two legs in the EFL Cup semi-finals.

Playing with three at the back suits summer signing Matt Targett.

Like team-mate Frederic Guilbert on his opposite side, the 24-year-old is a natural attacking wing-back.

Former Southampton defender Targett has shone in recent weeks and his blossoming partnership with Jack Grealish has become a key feature of Villa's play.

Both are comfortable on the ball and have made a habit of dominating opponents down the left side of the pitch.

Grealish's inclination to drift inside suits Targett, who usually stays near the touchline to offer width.

The Villa captain has been one of the stars of the season but it is in part down to Targett that he has been able to excel.

The playmaker could not wish for better service from the full-back behind him.

Who Targett passes to most

To keep the home side quiet this weekend it is important for Tottenham Hotspur to pay as much attention to Targett as they do Grealish.

Their right-back, Serge Aurier, will require the support of the attacking midfielder playing ahead of him.

If he is not helped the visitors will struggle to deal with Villa's dangerous overloads.

Over 32 per cent of the open-play chances Aston Villa have created this term have been supplied by Grealish or Targett.

Between them they have made an impressive 72 key passes in open play, with Grealish accounting for an incredible 55.

That puts him second only to Kevin De Bruyne's 65 in the entire league.

If he and Targett are afforded space to create then Anwar El Ghazi or Trezeguet could be decisive at Villa Park.

El Ghazi has four goals and four assists this season and is strong at attacking crosses.

The Dutch winger is the player who has most often been on the receiving end of Targett's deliveries.

Who Targett crosses to most

Spurs have been a little shaky in the full-back areas, especially on the left where Jose Mourinho has used a number of different players.

So if they lose sight of Villa's attackers at the far post on Sunday, the likes of Grealish and Targett are good enough to pick them out.