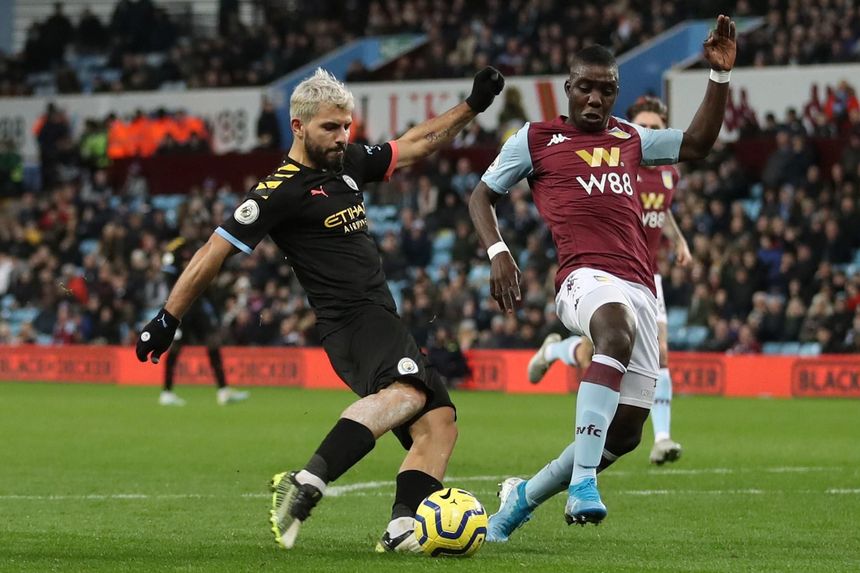 His three goals against Aston Villa have made Sergio Aguero (£11.8m) a major target for managers in Fantasy Premier League.

The Manchester City frontman also supplied an assist in the 6-1 win to record his season-high haul of 20 points on Sunday afternoon.

As a result, he is the second most-bought player in the Gameweek, earning 87,000+ new owners for a home match with Crystal Palace.

Aguero has scored every 76.8 minutes this season, faster than any other player with more than one goal.

Aubameyang is set to miss the next two Gameweeks after he was sent off in Arsenal’s 1-1 draw at Crystal Palace on Saturday lunchtime.

Tottenham Hotspur's Kane, meanwhile, is expected to be out until April with hamstring problem sustained against Southampton in Gameweek 21.

As well as Aguero, the prolific Danny Ings (£6.8m) has also turned the heads of FPL managers.

He is the most-bought player in Gameweek 23 after scoring Southampton's winner at Leicester City.

The Southampton striker has 10 goals in his last 10 Gameweek starts and an upcoming schedule that suggests he can extend his run of form.

According to the Fixture Difficulty Ratings (FDR), six of Southampton's next eight matches score only two.

Managers on the lookout for a new forward should also consider Roberto Firmino (£9.3m) ahead of Liverpool’s Double Gameweek 24.

The Brazilian scored the decisive goal in the Reds’ 1-0 win at Spurs on Saturday evening.

All seven of Firmino’s goals have come away from home this season.

And that could be crucial as both Liverpool’s matches in Gameweek 24 are on the road.

Ash (@FPL Hints): With hindsight, I should have bought Aguero as my Kane replacement. But the fear of Pep Guardiola's well-known rotation policy put me off. It was surprising to see Aguero and Gabriel Jesus (£9.5m) start together, albeit at the expense of Raheem Sterling (£11.8m). Aguero is owned by less than 15 per cent of FPL managers at the moment and is worth considering for anyone looking to defy the current template team.

Ben Crabtree (@FC_CrabDogg): Aguero is a great switch from Kane or Aubameyang but the money may be better spent on another cheaper-performing forward to free up cash for Liverpool's Double Gameweek.

Sam (@FPL Family): Firmino is a much easier option to fit in than either Salah and Mane. At only 9.5 per cent ownership he is a differential Liverpool player, which is something we FPL managers don't often get. I do think there is still a lot to be said for moving out Kane or Aubameyang to Ings, who is in fantastic form. It frees up a lot of budget to spend on the rest of the team.

Neal Thurman (@nealjthurman): As much as Aguero impressed, I'm more inclined to go with Firmino based on cost, the upcoming Double Gameweek and the fact that Man City will be concentrating on the UEFA Champions League.

Paul Gee (@FplPaulGee): After a massive haul of points it's very easy to want to jump on Aguero. However, I think it's vital to make sure you have the three Liverpool players. And don't forget that Man City could miss Gameweek 28, should they reach the EFL Cup final. They won't play Villa every week.

FPL General (@FPLGeneral): Firmino was excellent against Spurs, so he could surprise us and be the hero of Double Gameweek 24. Ings has been hurting my rank for too long now so I think he's coming in for Raul Jimenez (£7.5m) this week.