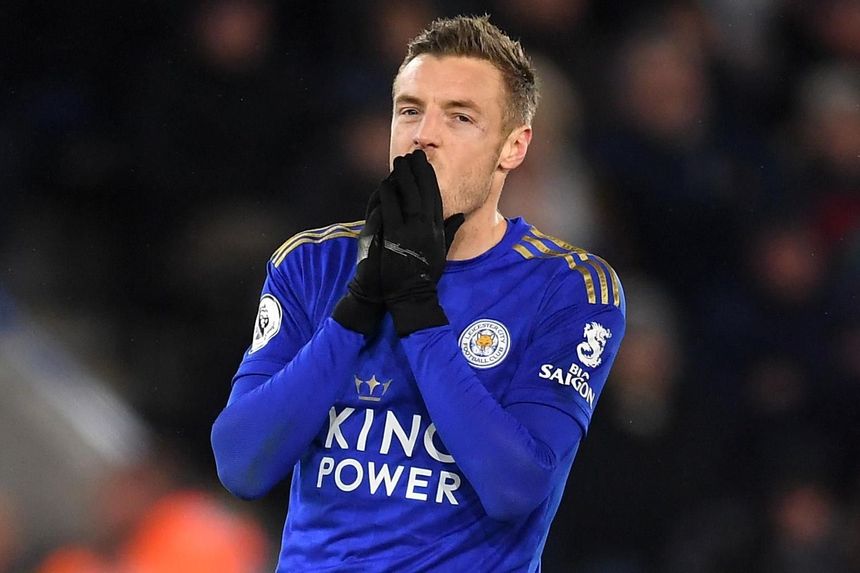 For the 10th successive Gameweek Jamie Vardy (£10.0m) was the most popular captain in Fantasy Premier League.

The Leicester City forward registered a season-high 20 points against Saturday's opponents Southampton in the reverse fixture in Gameweek 10.

But he only managed an assist as the Foxes suffered a 2-1 defeat at King Power Stadium.

Kevin De Bruyne (£10.6m) was the second most-picked captain ahead of Manchester City's trip to Aston Villa and his two assists in his side's 6-1 victory led to him taking home nine points.

He was favoured by over 600,000 FPL managers for Liverpool's trip to Tottenham Hotspur but, like Vardy, the Egyptian also had to settle for an assist in the 1-0 victory.

The top 100 FPL managers were in near-complete agreement with everyone else. The same trio were selected in the same order, with Anthony Martial (£7.9m) joining Salah in joint-third spot.

The Frenchman outscored Vardy and Salah, netting in the 4-0 win over Norwich City at Old Trafford.

And they were rewarded as the Southampton striker scored his 14th goal of the season.

Saints have an enticing run of fixtures with six of their next eight matches rated at two in the Fixture Difficulty Ratings (FDR).

Gameweek 22's second-most transferred-in player, Dominic Calvert-Lewin (£5.9m), also has an appealing schedule with all four of his upcoming opponents rated at two in the FDR.

But he failed to produce an attacking return for a second successive match as Richarlison scored the only goal in Everton's 1-0 victory against Brighton & Hove Albion.

Jack Grealish (£6.5m) gained 234,000+ new owners following his second 13-point haul of the season in Gameweek 21 but the midfielder could only claim one point as Aston Villa were comprehensively beaten by Man City at Villa Park.

A hamstring injury for Harry Kane (£10.9m) prompted over 656,000 managers to part company with the England international.

Tottenham Hotspur last week confirmed that Kane will now undergo surgery to repair a ruptured tendon in his left hamstring and is expected to be out until April.

Team-mate Dele Alli (£8.7m) was the second-most transferred-out player as faith in Spurs assets dwindles. The 23-year-old has just one attacking return in his last five matches and blanked again against Liverpool.

Despite his popularity in the captain stakes, Vardy was the third most-sold player after his two recent no-shows.