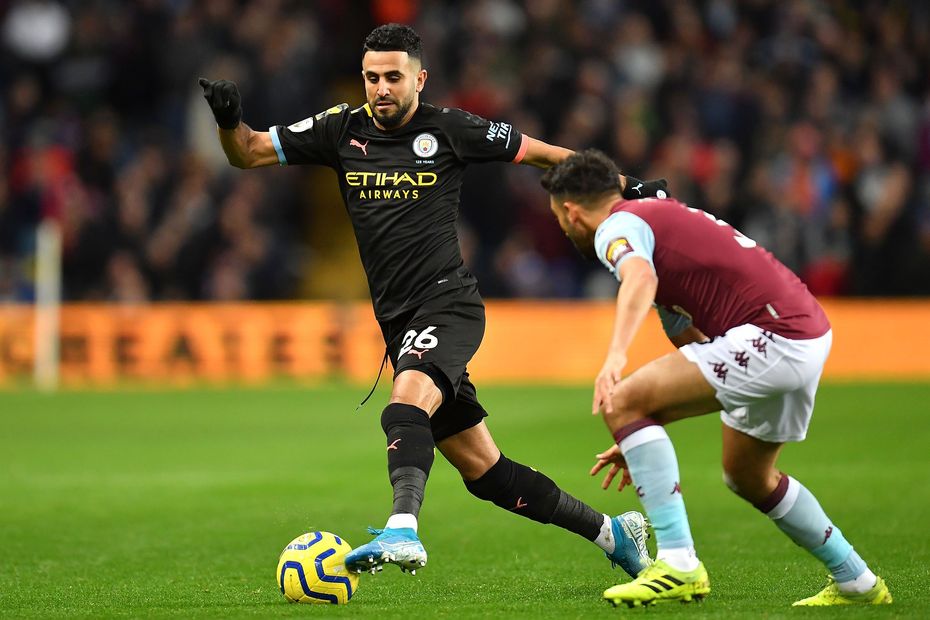 Only three midfielders in FPL can better Man City winger's 5.9 points per match as The Scout reviews the Gameweek’s top performers

The Manchester City winger has been a consistent source of points in recent matches.

He has started each of the last five Gameweeks, producing a goal or an assist on four of those occasions.

Mahrez has now produced 5.9 points per match this season, a total bettered by only three other midfielders in FPL.

He takes his place in a Dream Team that scored 138 points in Gameweek 22.

His four saves helped the Liverpool goalkeeper earn two bonus points in a 1-0 win at Tottenham Hotspur. Alisson has recorded a clean sheet in each of the last six Gameweeks.

Everton's left-back claimed an assist and maximum three bonus points in the 1-0 home victory over Brighton & Hove Albion. Digne has 27 points in his last three matches at Goodison Park.

An assist in Chelsea's 3-0 home win over Burnley helped the Spaniard to his second successive double-figure return. Azpilicueta has 23 points in the last two Gameweeks.

The Chelsea right-back supplied an assist against Burnley to earn his Dream Team debut. James has produced five shots in the last two Gameweeks, more than any other FPL defender.

Manchester United's cut-price full-back delivered his season-high haul with an assist in a 4-0 home win over Norwich City. Williams is the most-bought defender in the Gameweek, earning over 40,000 transfers in.

The Algerian proved a major differential at Villa Park by recording his fifth double-figure haul of the campaign. Mahrez is the sixth highest-scoring midfielder but sits in only 6.3 per cent of squads ahead of a home encounter with Crystal Palace.

The in-form Watford midfielder delivered a goal and an assist in a 3-0 win over AFC Bournemouth. Doucoure has two goals, two assists and 29 points in the last three Gameweeks.

The Man Utd playmaker impressed on his first start since Gameweek 14. Mata supplied two assists in the 4-0 home win over Norwich.

His goal against Newcastle United earned the Wolverhampton Wanderers midfielder his second double-figure haul in his last four home fixtures. But Dendoncker was benched by over 531,000 of his 9.7 per cent owners in Gameweek 22.

Just over 399,000 FPL managers handed the Gameweek 22 captaincy to the Man City striker against Aston Villa. Aguero rewarded their faith by scoring a hat-trick and supplying an assist to record his season-high haul on Sunday afternoon.

The Man Utd forward scored twice against Norwich to record his fourth double-figure return of the season. Rashford's total of 134 points is his career-high haul in FPL.