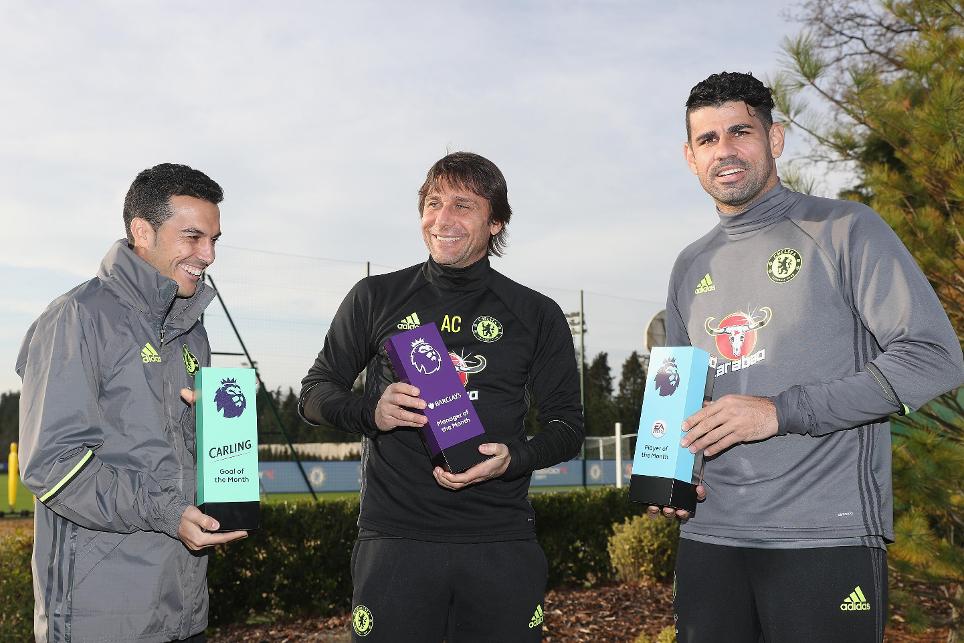 Chelsea have swept the board for the Premier League’s individual monthly honours for November with Diego Costa, Antonio Conte and Pedro claiming the prizes.

This meant Conte was rewarded with his second successive Barclays Manager of the Month award.

Pedro received the Carling Goal of the Month award for his curling strike in the 2-1 win against Spurs.

Costa and Conte claimed their awards after receiving the most votes from a panel of experts, Premier League captains and the public were combined.

Pedro also came out on top after a combination of votes from a panel of experts and the public, who voted via the Carling Tap.

The Premier League 2 Player of the Month award went to Josh Sims, the Southampton winger.