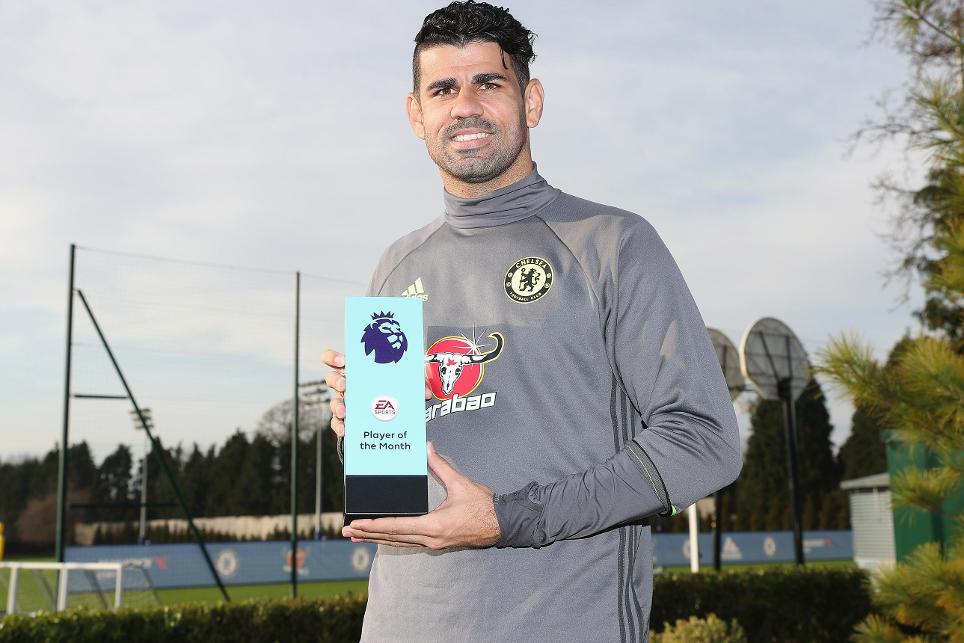 Diego Costa has claimed the EA SPORTS Player of the Month award for November.

This is the second time Costa has claimed the monthly award, having won it in August 2014, and it is the 18th occasion it has been won by a Chelsea player. The last to do so was Eden Hazard, who collected his prize last month.

Chelsea claimed a clean sweep of November's senior awards, with Antonio Conte named Barclays Manager of the Month and Pedro winning the Carling Goal of the Month.

Costa continued his great start to the season with two goals and two assists. He was joint-top scorer in the Premier League by the end of the month with 10 goals from 13 matches and his side had climbed to the top of the table with 31 points.

The 28-year-old, who is one of eight Spaniards to claim the award, won from a shortlist of six players that featured Matt Phillips of West Bromwich Albion, Sunderland goalkeeper Jordan Pickford, strikers Sergio Aguero, and Zlatan Ibrahimovic of Manchester City and Manchester United and Chelsea team-mate Pedro.

Costa took the award after receiving the most votes from a panel of experts, Premier League captains and the public were combined.

See: Past winners | How the awards work