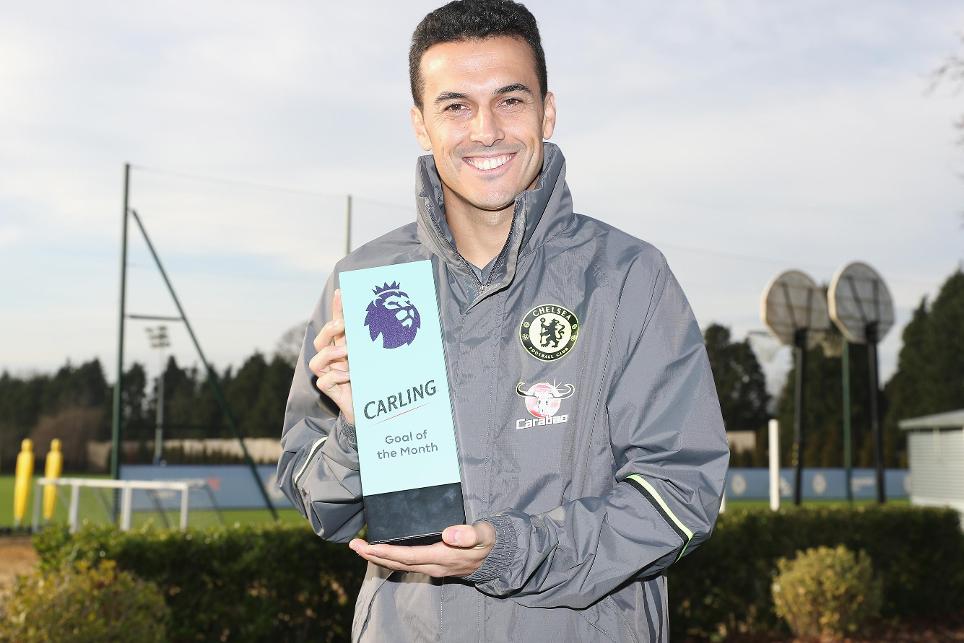 Chelsea winger wins the monthly award for his strike against Spurs

Pedro’s strike against Tottenham Hotspur has been awarded the Carling Goal of the Month for November.

The Chelsea forward’s curling strike from outside the penalty area helped his side battle back from a goal down to beat Spurs 2-1 at Stamford Bridge.

It was chosen as the best from a shortlist of eight goals from the combined votes of a panel of experts and the public, who picked their favourite via the Carling Tap and website.

Pedro is the fourth winner of the Carling Goal of the Month and was one of three awards for November won by Chelsea, along with Antonio Conte (Barclays Manager of the Month) and Diego Costa (EA SPORTS Player of the Month).

Boro's Cristhian Stuani picked up the August prize for his long-distance shot against Sunderland, Jordan Henderson was September's winner for his spectacular strike for Liverpool against Chelsea and Dimitri Payet’s individual effort claimed the October award.