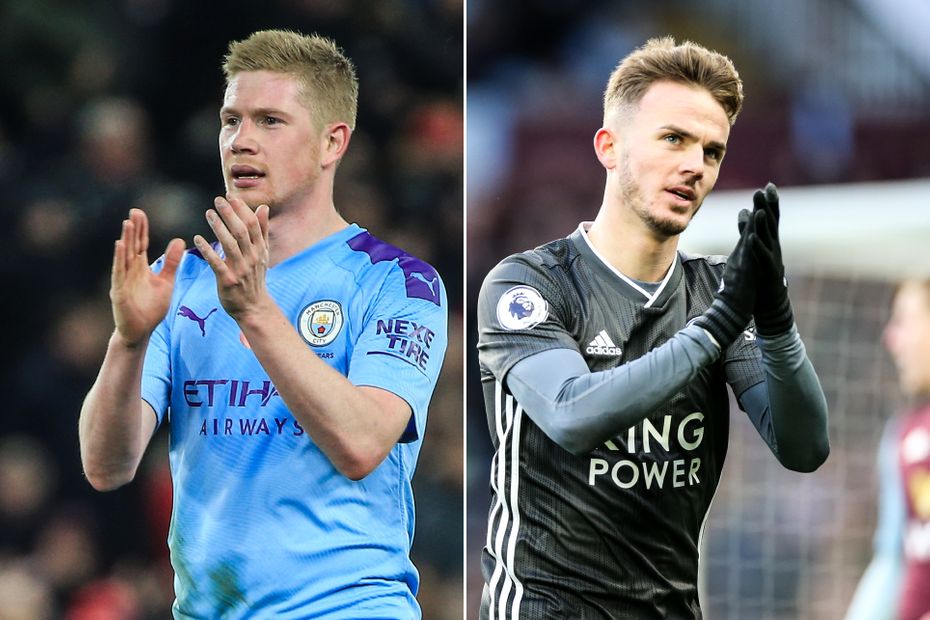 Foden: It's a pleasure to play with De Bruyne External Link
Greenwood one of league's best two-footed talents

Adrian Clarke is looking at key tactical points ahead of Matchweek 18.

Having produced 87 Premier League goals between them already this season, Saturday’s match between Manchester City and Leicester City promises to be a carnival of quality attacking football.

One of the most eye-catching duels will be between playmakers Kevin De Bruyne and James Maddison.

Both are enjoying tremendous campaigns and their respective performances are likely to heavily influence the result.

Meanwhile 23-year-old Maddison has scored five goals in his last 11 Premier League starts and was on target again on Wednesday as Leicester progressed past Everton in the EFL Cup.

Given that they are both surrounded by talented team-mates, the gap between the pair and their respective playmakers when it comes to service into the box is remarkable.

That is partly due to the fact that they are the primary set-piece takers. But, even so, they are by far the most likely players to make a forward pass into the penalty area.

Capable of carving out chances from accurate crosses or through balls, they will be the most creative players on show at Etihad Stadium.

De Bruyne best in the business

As impressive as Maddison has been for the Foxes this season, he still trails De Bruyne when it comes to opening up defences.

On top of all of that, no other midfielder has attempted more shots at goal or made more passes into the box than the 28-year-old.

The Belgian marries that quality on the ball with an outstanding work ethic off it, an essential attribute for anyone playing under Guardiola with the Spaniard's high-intensity ethos.

While not quite as quick as Maddison, De Bruyne outshines the England international in other athletic data.

Counter-pressing is key to both managers’ philosophies, but it will be a surprise if they do not adopt positive tactical strategies for this fixture.

And if it is an open, free-flowing contest, De Bruyne and Maddison are even more likely to come to the fore.

This all means that holding midfielders Wilfred Ndidi and Rodri will also be significant figures on Saturday.

If they can nullify De Bruyne or Maddison’s impact respectively, it may well be pivotal. These will be two high-class match-ups to keep an eye on.