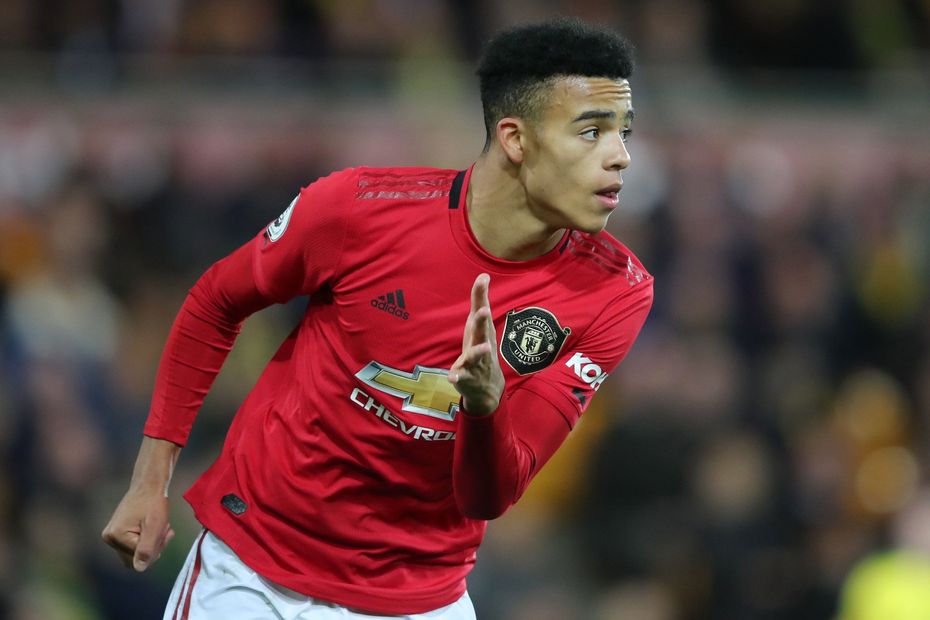 Adrian Clarke is looking at key tactical points ahead of Matchweek 18.

It would be no surprise to see Mason Greenwood start Manchester United’s match at Watford on Sunday.

The 18-year-old is in sparkling form, with seven goals in all senior competitions, a record bettered only by Marcus Rashford this season.

Scoring key goals in draws against Sheffield United and Everton in recent weeks, he has given his manager a great selection headache.

“It's very, very difficult now to put a team out there without having Mason in my mind,” said Ole Gunnar Solskjaer earlier this week.

He told Man Utd's official website: “Mason is different class in and around the box. He's a special goalscoring talent, a special kid that we're going to see lots more of in the years to come."

United’s latest academy star is at his best when playing either as a striker or on the right side of attack.

Greenwood scored a right-footed spot-kick in a penalty shootout against Rochdale in the EFL Cup earlier this season, a clear indication of his preferred foot.

But six of his seven strikes in open play have come from his left boot.

Solskjaer’s ace in the pack is the most two-footed youngster to emerge in the Premier League for many seasons.

In the short term Greenwood’s best chance of gaining regular Premier League starts could be on the right flank.

He has made a terrific impression in that role, moving inside to act as a second striker when the ball is fed into the area.

Greenwood already has a trademark finish. He has netted all but one of his 2019/20 goals by dropping a shoulder or chopping the ball to get it on to his left foot.

He also has a penchant for reversing his shot by aiming low for the near post from the right of the box, with four of his goals nestling into that corner.

Rashford and Anthony Martial are two of the first names on Solskjaer’s teamsheet, so Daniel James’s position is possibly under threat for this Sunday’s match.

Indeed, Greenwood was selected instead of the Welshman for Wednesday's EFL Cup victory over Colchester, playing on the right flank in a strong line-up including Rashford and Martial.

James has been excellent for the majority of 2019/20, producing five assists and scoring three goals in 16 starts of a debut Premier League season.

But the downside is that the 22-year-old does not get into as many goalscoring positions as Greenwood, and takes around half the number of shots.

Solskjaer may contemplate using James in behind the main striker instead of Jesse Lingard, Juan Mata or Andreas Pereira.

In that free role he can still offer pace on the counter-attack, and when Martials drops deep to link play James can surge in beyond the front man.

We must wait and see what Solskjaer decides, but it feels like Greenwood deserves a start at Vicarage Road, even with Man Utd enjoying a six-match unbeaten run.

In a match at bottom club Watford, a team still waiting for their first home win, it could be the right moment for United to try something different.

Part 2: Duel between De Bruyne and Maddison to be decisive
Part 3: Arsenal must beware of Richarlison'a aerial threat
Part 4: Spurs focusing on quick breaks under Mourinho