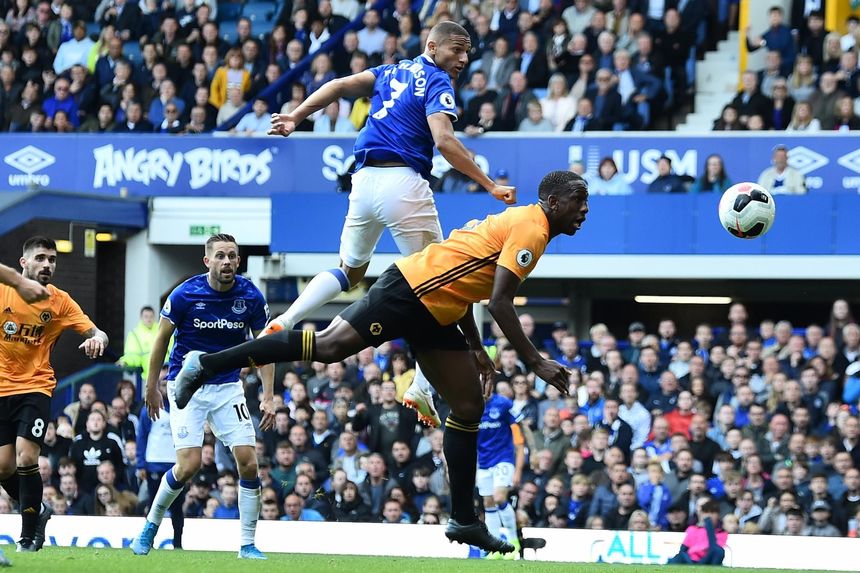 Adrian Clarke looks at key tactical points ahead of Matchweek 18.

Nobody in the Premier League attacks crosses better than Everton's Richarlison.

The 22-year-old has spent the bulk of this season operating as a winger but is at his best getting on the end of balls whipped into the penalty area.

One of only three top-flight players to score more than two headed goals this term, the Brazilian has produced more efforts on goal with his head than anybody else.

Had Richarlison started more than just five matches as a central striker, he would, in all likelihood, be streets ahead of any other player on that list.

Arsenal must make it a priority to try and prevent crosses being sent into the box.

Most headed shots and goals

Six of Richarlison's last 10 efforts have been with his head and his last three Premier League goals have all been dispatched with headers from excellent open-play crosses.

Two of those assists came from right-back Djibril Sidibe, with Bernard’s left foot supplying the other.

In Richarlison and Dominic Calvert-Lewin, Everton boast two of the most dangerous aerial threats in the league.

With full-backs Sead Kolasinac and Kieran Tierney out injured and Hector Bellerin also uncertain to start, Arsenal can expect to be targeted down their flanks.

If they do not get tight enough to block those crosses, the players may well be in for a long afternoon under the gaze of their new head coach Mikel Arteta.

Richarlison is renowned for his pace, his finishing ability off either foot and his adaptability across the forward line, but he is also superb at getting on the end of set-plays.

In fact, over 38 per cent of Richarlison’s opportunities this season have come from corners and wide free-kicks.

Remarkably, the only Premier League player to have more chances from these situations is team-mate Yerry Mina.

Most shots from set-pieces*

Early in the campaign Richarlison consistently read the flight of Gylfi Sigurdsson’s set-piece deliveries, but in recent matches left-back Lucas Digne has been his chief supplier.

If Digne is not passed fit to feature against Arsenal, the experienced Leighton Baines will be expected to fill the void.

A man in form

With four goals in his last seven league appearances, Richarlison is on a hot streak ahead of Arsenal's visit to Goodison Park.

He has perhaps been at his most impressive this season when cutting in from the right wing, scoring twice from 19 attempts across seven starts in that position.

However, he is developing a handy strike partnership with Calvert-Lewin, a pairing Everton's next manager will surely be interested in fielding.

Arsenal arrive low on confidence and with a poor record on their travels, conceding the first goal in six of their eight road trips this season.

So a fast start from Everton and an on-song Richarlison could make it another challenging day for the north London club.

Part 1: Greenwood one of league's best two-footed talents
Part 2: Duel between De Bruyne and Maddison to be decisive
Part 4: Spurs focusing on quick breaks under Mourinho