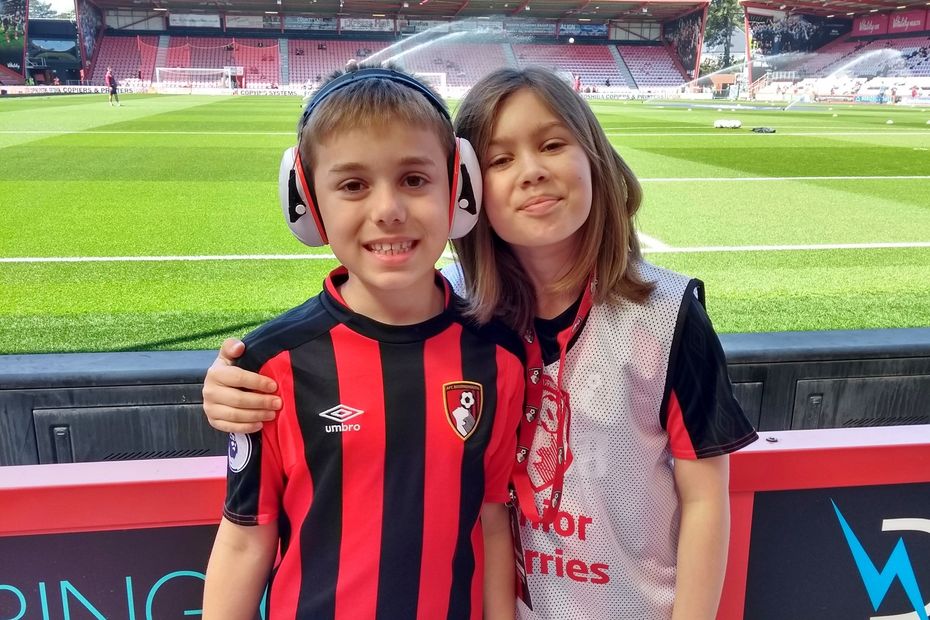 Karen Rainbow has been taking her children Ossie and Daisy to watch AFC Bournemouth since 2013, before the club were promoted to the Premier League.

Despite the constraints of the limited capacity at Vitality Stadium, she feels the club do the best they can to welcome young fans to matches.

"The price they charge for the young fans is brilliant," she says. "It currently costs only £6 for a Junior Cherry aged eight or over to watch a Premier League game at Vitality Stadium.

"For Junior Cherries aged under seven, it is free with an accompanying adult. And an annual Junior Cherries membership is only £7.50. And the club keep the prices consistent no matter the opposition, which is great.

"My kids have also been able to attend games for free through attending the AFC Bournemouth Community Trust coaching sessions.

"At games, the Junior Fanzone is popular with young fans, while hungry Junior Cherries can get a great £2.50 meal deal, as well as a 10 per cent discount in the club shop and a free shirt on their eighth birthday.

"Ossie has sensory processing difficulties so the club provide fans like him with free matchday sensory packs to make experiencing the matches not only possible but so much more comfortable."

AFC Bournemouth manager Eddie Howe is delighted that the Junior Cherries, "the next generation", are able to watch Premier League football.

"We want them to be able to watch us play, to enjoy the experience of being at the stadium and feel part of the incredible journey this club is on, and these prices allow them to do that," Howe says.

"The club keep the prices consistent no matter the opposition, which is great"

The club's ticket pricing policy for children was part of a clear strategy that AFC Bournemouth put in place to engage and connect with their youngest supporters, says general manager Liz Finney.

"We believe that strategy is now bearing fruit," Finney says. "Premier League football is affordable for all our fans and, in particular, families.

"The vast majority of our near 4,000 Junior Cherries members have now watched a live Premier League match and, for a club which has community at the heart of everything we do, that is something to be very proud of."