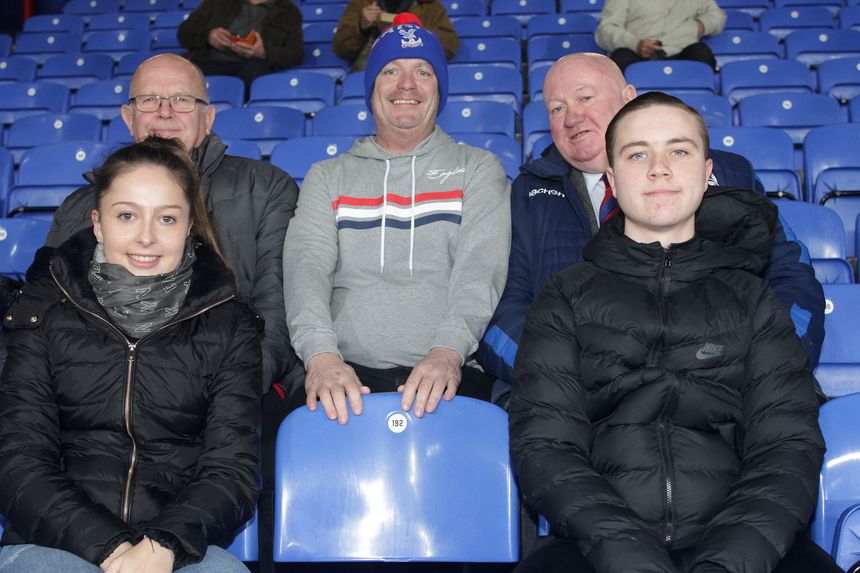 The commitment of Crystal Palace to offering value for young fans is shown by the price of their season tickets for children.

It has helped one long-time fan, Joseph Stone, to take three generations of his family to matches.

Stone, 65, has been a Palace fan for more than 30 years and a season-ticket holder for over two decades. He goes to watch matches with his son Peter and grandchildren Michael, Blake, Joseph and Ollie.

"The club does a lot to look after young fans and make games affordable for families," Stone says. "The junior ticket prices are really good value and we sit in a stand where there are lots of families who would all say the same.

"I've seen a lot of ups and downs here over the years and for my grandkids to watch this quality of football every week is amazing.

"I'm pretty sure they are Palace fans for life now. I can see that from their disappointment if they don't get to go to matches."

Eagles manager Roy Hodgson grew up a Palace fan, so is all too aware of the importance of ensuring prices are kept low for junior and family tickets.

"I came to Selhurst Park as a young boy with my dad. It's where my love of the game began, so I know what it means to get your first taste of watching live football," Hodgson says. "It's wonderful to think so many more young people will have that opportunity, too."

Palace pride themselves on being a community club, says CEO Phil Alexander, so making matches at Selhurst Park accessible to as many people as possible is important.

"It's all about making Premier League football affordable for young families," Alexander says. "We have an under-10 season ticket for £95, which we hope is opening the door to the next generation of supporters to come and watch their local team."