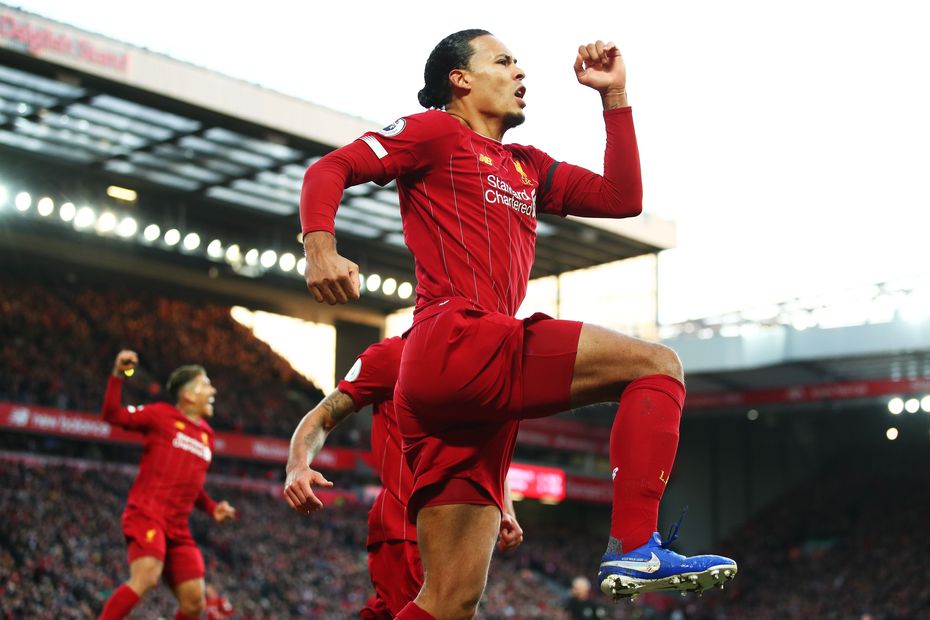 Supporters voted in their thousands to celebrate their Budweiser Kings of the Match in Matchweek 14.

Matchweek 14 Kings of the Match

The Belgian's stunning strike in off the crossbar gave Manchester City a 2-1 lead with eight minutes remaining. He took 61.4 per cent of the vote.

Zaha picked up 60.7 per cent of the fans' vote after scoring for the second successive league match to send Crystal Palace on their way to victory.

The defender's third goal of the season was the difference as West Ham United beat Chelsea 1-0 at Stamford Bridge. Also playing his part in the clean sheet, almost half of fans voted for him.

The Dutch defender scored with two towering headers in Liverpool's victory over Brighton & Hove Albion and also received the highest share of the vote, with nearly two-thirds.

Alli continued his impressive form under Jose Mourinho, scoring twice to set Tottenham Hotspur on their way to another triumph and getting 43.6 per cent of the fans' vote.

The striker picked up more than two-thirds of the vote as he scored for the third match in succession, hitting the equaliser as Southampton came from behind to win.

Aubameyang scored both of Arsenal's goals in Freddie Ljungberg's first match as interim head coach, earning him more than half of the vote share.

The Mexican striker was voted King of the Match for the third time in a row after setting up Matt Doherty's equaliser. He was picked by 43 per cent of the voters.

Vardy scored for the sixth match in succession, and he has been voted King of the Match on each of those occasions. The striker netted Leicester City's first goal as they fought back to win, and picked up 67.1 per cent of the votes.

The Aston Villa captain broke the deadlock at Old Trafford with a magnificent, curling strike in the 11th minute. His goal and overall performance earned him a little over one-third of the vote.