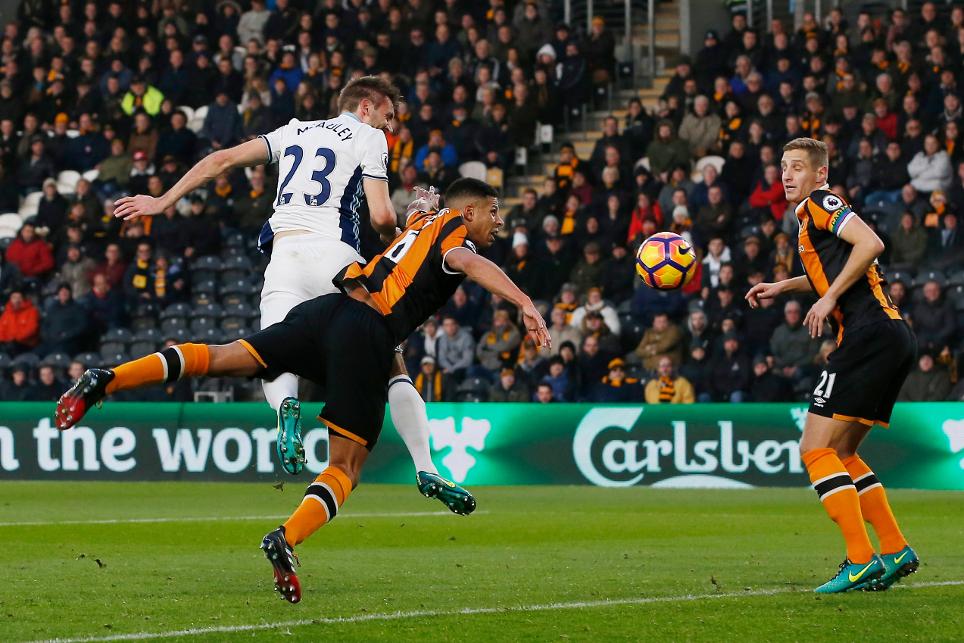 West Brom man's third goal of season takes him to 55 FPL points, bettered only by Chelsea and Arsenal stars

Morrison excited to link up with Chadli External Link

In addition to opening the scoring, the Northern Ireland international also produced 14 clearances, blocks and interceptions (CBI) and seven recoveries.

Scoring 23 in the BPS, the defender grabbed his side’s equaliser and completed 81% of 49 attempted passes. He also contributed nine CBI and six recoveries.

Allan Nyom (£4.3m) secured bonus awards for consecutive Gameweeks, with 17 in the BPS earning him the final point on offer. The Baggies full-back won three tackles and made nine recoveries.

With modest ICT Index scores on show in this contest, McAuley and Dawson led the way with 7.9 and 7.2 respectively.

Both found the net with their only attempt on goal, with the Baggies’ centre-half bettering Dawson by three touches inside the penalty box to one.

The Tigers playmaker registered three attempts on goal – all from outside the area – with two on target.

He also supplied two goalscoring opportunities and completed 17 passes in the final third, more than any other player in the match.

McAuley’s third goal of the season has taken him to fourth place in the FPL defender standings, earning him more than 41,000 new owners since the weekend.

After back-to-back victories, Tony Pulis named an unchanged line-up, with both the fit-again Nacer Chadli (£6.3m) and James McClean (£5.0m) utilised off the bench late on.

Matt Phillips (£5.3m) provided the assist for McAuley’s opener and has attracted 26,000 new owners ahead of Gameweek 14.

With two goals and three assists in his last three outings he looks a secure selection in midfield.

Instead, Chadli and McClean will likely be pushing James Morrison (£4.6m) and Chris Brunt (£4.9m) for a starting berth for the home encounter against Watford.

Robertson, in particular, could be handed a starting role at left-back at the expense of Josh Tymon (£4.0m) as the Tigers prepare for clashes against Middlesbrough and Crystal Palace in the next two Gameweeks.