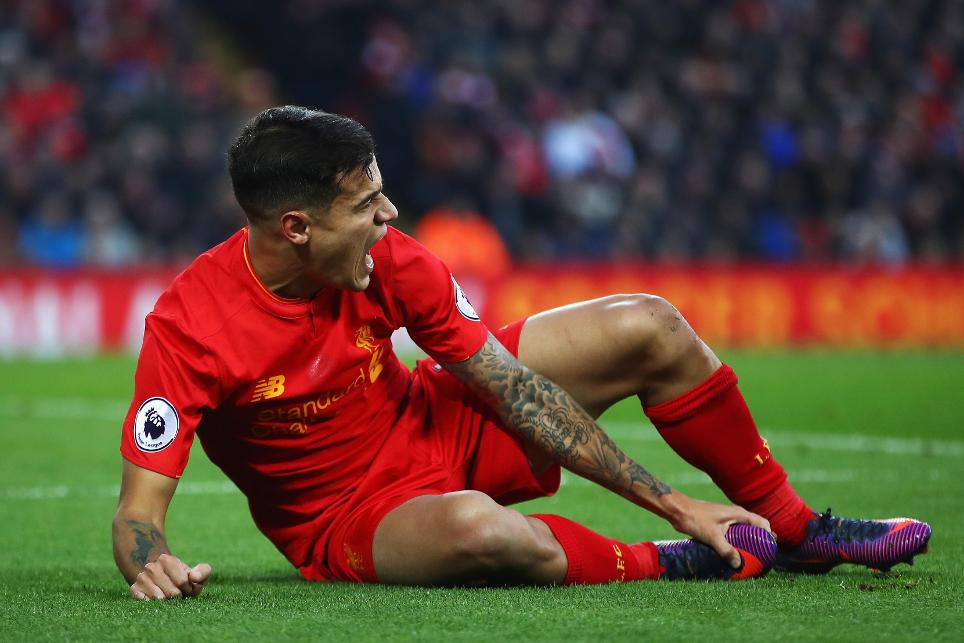 Jordan Henderson (£6.4m) claimed the maximum three Fantasy Premier League bonus points in Liverpool's 2-0 victory over Sunderland, but managers will be worried by an injury to Philippe Coutinho (£8.7m)

The Reds' captain recorded 37 in the Bonus Points System, providing the assist for Divock Origi's (£6.5m) opener, one of six key passes he supplied.

Henderson attempted more passes (128) than any other player in Gameweek 13, with a completion rate of 88%, and has now earned nine bonus points this season.

Origi was awarded two bonus points having been introduced from the bench for Coutinho after 43 minutes. The Belgian recorded 31 in the BPS, ahead of full-backs James Milner (£6.6m) and Nathaniel Clyne (£5.7m) on 30.

Milner scored his fifth goal of the season, all of which have arrived from the penalty spot, while also completing 88% of his 61 passes.

Henderson also led the way in the ICT Index, recording 13.5, his highest tally of the season.

Having supplied six goalscoring opportunities, via 70 completed passes in the Sunderland half, Henderson's Creativity score of 80 was ranked top for Gameweek 13 overall.

Emre Can (£4.8m) was another vital component in the Reds' midfield, recording 11.1 in the Index; his biggest score of the campaign.

The latter fired in four attempts, while Mane had three efforts, all from inside the Sunderland penalty area.

Previously the top-owned FPL asset, Coutinho has been sold by more than 216,000 managers since Saturday's deadline.

Still found in 42.9% of squads, the verdict from scans on his ankle injury is now eagerly awaited.

With Adam Lallana (£7.1m) missing out again due to a groin injury and Firmino also picking up a minor knock to his calf, there is cause for concern among Jurgen Klopp's midfield options.

Mane remains fully fit and, off the back of his assist for Milner's penalty, has earned more than 36,000 new owners ahead of Gameweek 14.

The Senegal international is now on 70 points, only eight behind Coutinho.

Sunderland left Anfield without reward and mustered only six attempts on goal - the lowest total in Gameweek 13.

Owners of Jermain Defoe (£7.5m) and Victor Anichebe (£4.6m) will be hopeful of improved prospects ahead of a Gameweek 14 home meeting with Leicester City.

The Foxes have conceded a Premier-League high 16 goals on their travels and are yet to earn a clean sheet away from the King Power Stadium.