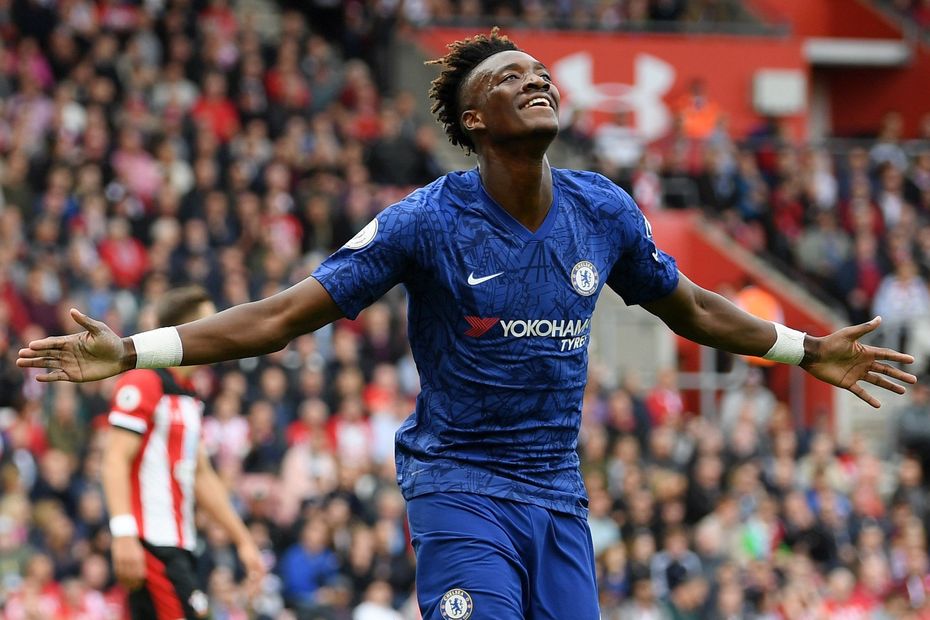 Find out who fans voted the top players from each fixture, including Tammy Abraham, now the joint-leader in the race for the Golden Boot

Tammy Abraham's opening goal at Southampton not only sent Chelsea on their way to a third win in four matches, it also made him the joint-leader in the race for the Golden Boot.

The 22-year-old Blues striker has now scored eight times in the Premier League this season, taking him level with Manchester City's Sergio Aguero at the top of the scoring chart.

Unsurprisingly he was voted as the Budweiser King of the Match for his performance in the 4-1 win at St Mary's Stadium.

Supporters voted in their thousands on the final whistles via the official Premier League website and app for their top performers in all 10 matches.

Matchweek 8 Kings of the Match

The teenager received almost two-thirds of the vote as he marked his full Premier League debut with two goals in the home win over Tottenham Hotspur.

Burnley's goalkeeper kept his second clean sheet in three fixtures as the Clarets extended their unbeaten run to four matches.

Mane opened the scoring and won the decisive late penalty as Liverpool maintained their perfect start to the season by beating top-four hopefuls Leicester City.

The Aston Villa striker claimed his second King of the Match award of the season, receiving more than half of the vote after scoring two goals and assisting another against Norwich City.

Van Aanholt was chosen ahead of his team-mate Jordan Ayew after scoring the opening goal from the penalty spot at the London Stadium.

The Brazilian received more than half of the vote after scoring the decisive goal and helping Arsenal to their second clean sheet of the season.

Traore was chosen by a whopping 74.4 per cent of fans as his two late goals stunned reigning champions Manchester City at the Etihad Stadium.

The Chelsea striker moved level with Man City's Sergio Aguero in the race for the Golden Boot, scoring his eighth goal of the season as the Blues won 4-1 at Southampton.

The 19-year-old was the overwhelming choice, receiving close to three-quarters of the vote after scoring the winning goal against Manchester United on his Premier League debut.