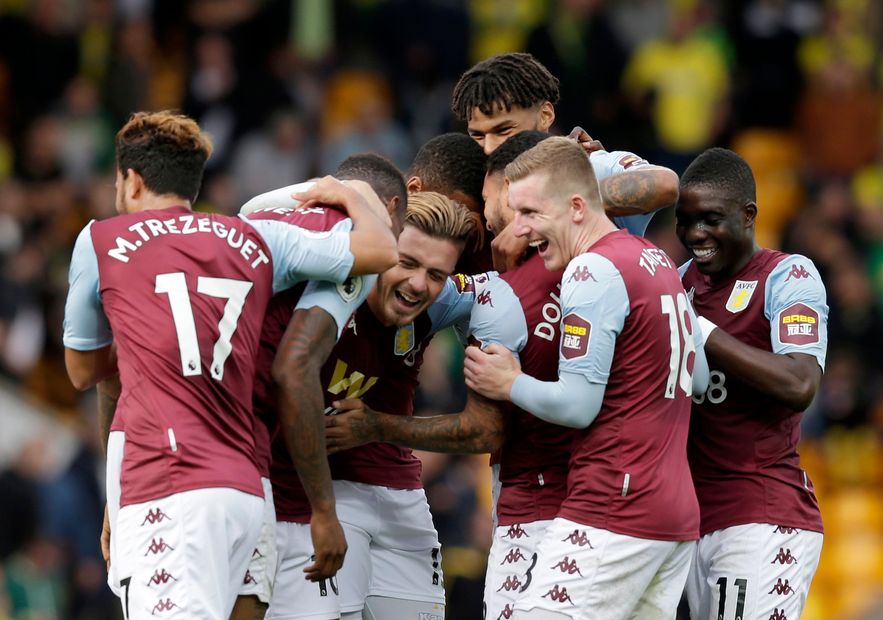 With their convincing win at Carrow Road on Saturday Aston Villa achieved a feat not seen in the Premier League in 18 years.

For more on this and all the must-know stats from Matchweek 8, read below. For match statistics, click on the fixtures.

Brighton & Hove Albion not only equalled their biggest margin of victory in a top-flight fixture, but scored more than once in a Premier League home match for the first time in 16 attempts, since beating Crystal Palace 3-1 in December 2018.

Burnley are unbeaten in their last four Premier League matches, winning two, after losing five of the previous seven.

Sadio Mane scored his 50th Premier League goal in his 100th top-flight appearance for Liverpool. He is the 10th Liverpool player to reach the milestone, more than any other club.

Aston Villa are the first promoted side to score at least five away goals in a Premier League match since Bolton Wanderers at Leicester City in August 2001.

Sheffield United have kept 24 clean sheets in the league since the start of last season. No side have more over this period in the top four tiers, excluding playoffs.

Palace have won 25 Premier League away points in 2019, third only to Manchester City's 33 and Liverpool's 30.

Arsenal have won all six of their home matches in all competitions against AFC Bournemouth.

Manchester City lost a Premier League home match without scoring for the first time under Pep Guardiola and since losing 1-0 to Manchester United in March 2016.

Chelsea have scored at least three goals in three consecutive Premier League away matches for the first time since August 2009.

Matthew Longstaff became the youngest player to score on their Premier League debut for Newcastle United, aged 19 years and 199 days.