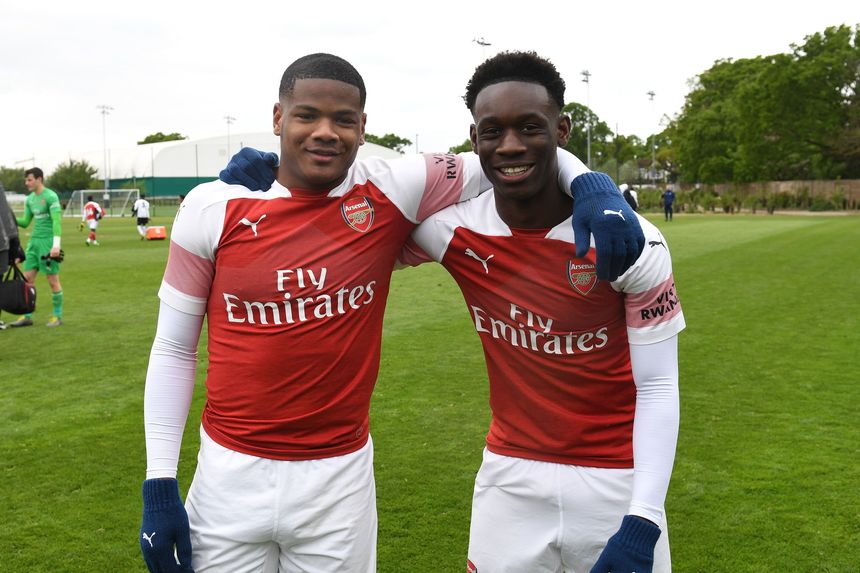 Arsenal have been crowned champions of Under-18 Premier League South after winning 3-0 at Fulham.

Despite dropping just six points all season, Arsenal needed victory on the final day to guarantee the regional title ahead of Tottenham Hotspur, who were one point behind.

Three goals in the last 13 minutes, from Vontae Daley-Campbell, Folarin Balogun (both pictured) and Trae Coyle sealed the win at Fulham, while Spurs lost 4-3 at home to Leicester City.

Derby close in on North title

Arsenal are set to face Derby County for the national U18 Premier League title. The Rams won 6-0 at Wolverhampton Wanderers to close in on winning the North division, with goals from Callum Minkley, Archie Brown, Morgan Whittaker, Louie Sibley, Liam Delap and Eiram Cashin.

Derby have finished the league on 51 points, six clear of Liverpool, who have two matches left.

Liverpool need to win their final two matches, at Manchester City and at home to Middlesbrough, by a total of 11 goals to overtake Derby.