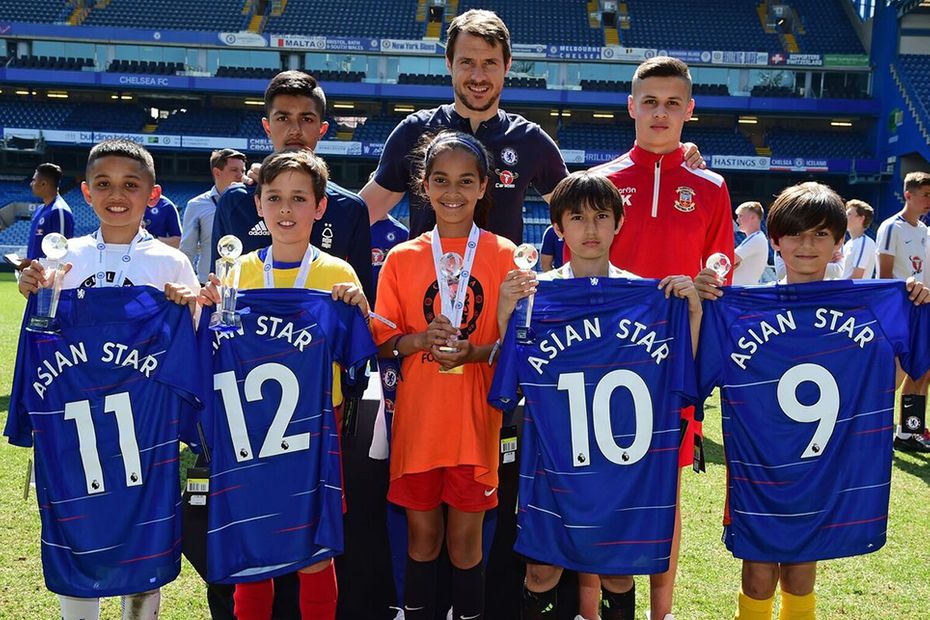 Find out more about the club's award-winning programme to support Asian participation in football, which takes place in May

Chelsea will continue to provide a boost to Asian participation at all levels of the game with the 10-year anniversary running of its award-winning Asian Star programme.

The fun and free event gives the chance for girls and boys aged nine to 12 to shine at Stamford Bridge.

Players who excel on the day will be offered a year-long placement at one of Chelsea's Football Development Centres, while girls who impress will be invited for a trial at the Girls Regional Talent Centre.

"It is a great event put on by the fantastic coaches at the Chelsea Foundation," former Blues goalkeeper and club ambassador Carlo Cudicini told Chelsea's official website.

"As soon as you arrive you see so many smiles from the young players involved and that is down to the coaches.

"The Foundation and club work hard to support the community and Asian Star is an example of that. It seems to get bigger and better each year and to see girls involved is great for the club."

Asian Star began in 2009 and last year attracted nearly 400 players and their parents to Stamford Bridge.

In 2017, the programme won the 'Special Recognition' Award at the Asian Football Awards.

The announcement of this year's Asian Star event comes as the Premier League and its clubs are promoting the No Room for Racism campaign, which demonstrates the League's continued commitment to equality and diversity.