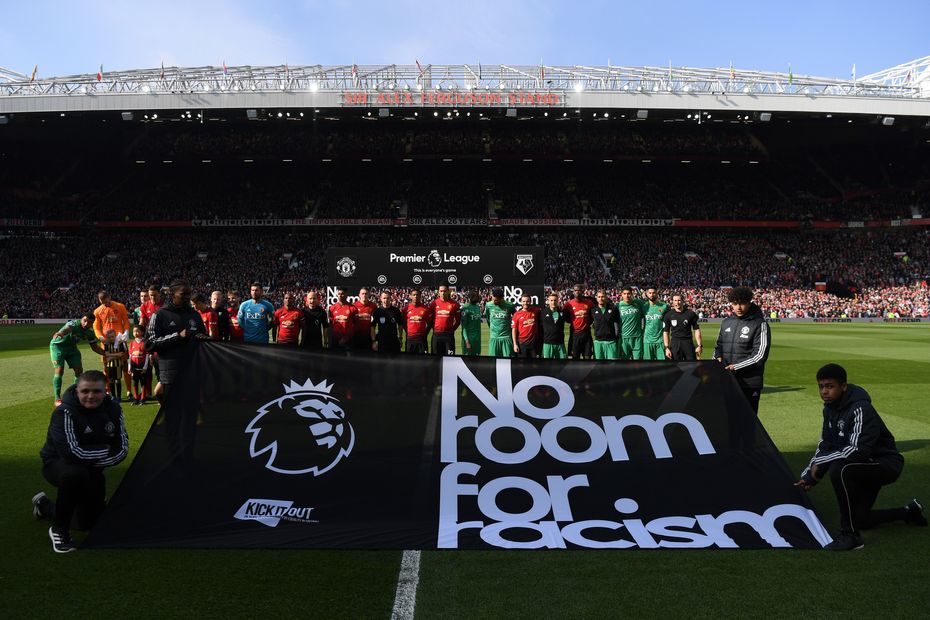 Starting with Fulham v Man City, all 20 PL clubs unite this weekend to highlight commitment to diversity and equality

Premier League players unite this weekend to show their opposition to racism in football.

For the fixtures from 30 March to 8 April, the League's No Room for Racism campaign will demonstrate its commitment to equality and diversity and using the power and popularity of the League to oppose racism in football.

Before each match this weekend, the players from the two teams will drop their rivalries and show their unity against discrimination by lining up with each other.

In stadiums across the Premier League until 8 April fans at the matches and millions of viewers around the world will see the No Room for Racism and Kick It Out inventory displayed, including on the Nike match balls, the ball plinths and perimeter boards, as well as across digital and social media outlets.

It will be accompanied by nationwide advertising featuring Premier League players, managers and supporters.