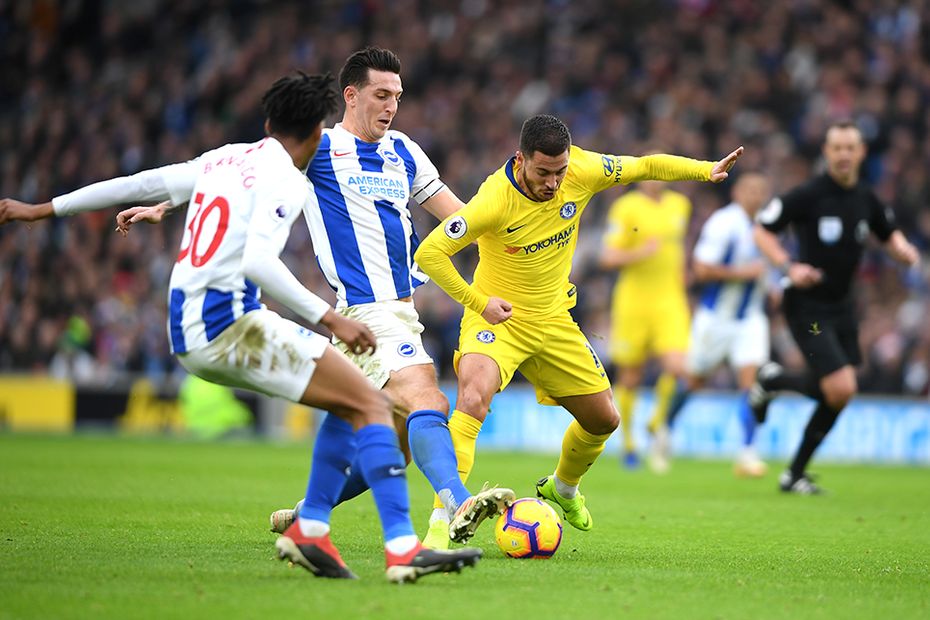 Chelsea attacker can continue his impressive form against the Seagulls on Wednesday night, plus must-know facts from four other matches

Eden Hazard will be relishing a visit from Brighton & Hove Albion on Wednesday night, if the Chelsea attacker's record against the Seagulls is anything to go by.

For Hazard's numbers against them and all the must-know stats ahead of the midweek Matchweek 32 matches, read below.

Eden Hazard has been directly involved in four goals in his last two PL matches against Brighton, and 14 of Chelsea's 29 PL goals at Stamford Bridge this season, twice as many as any team-mate.

At home, Man City have won 16 of their last 17 PL matches and are unbeaten in their last 35 against promoted sides, dating back to February 2007.

Tottenham Hotspur have won 1-0 in their last five PL meetings with Crystal Palace, the longest run of identical results between two sides in the competition’s history.