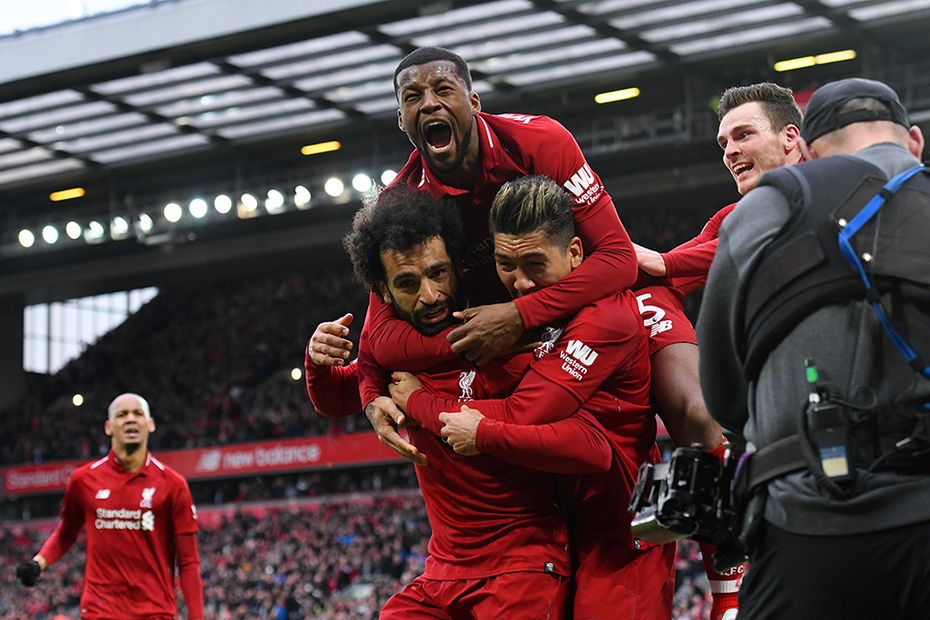 Salah: We're giving everything to win the title External Link

When it comes to late winners in the Premier League Liverpool are the kings, and they showed why on Sunday against Tottenham Hotspur.

Toby Alderweireld's own goal in the 90th minute at Anfield earned Liverpool a 2-1 win that returned them to the top of the Premier League above Manchester City.

It was the 33rd time in the PL that Liverpool have scored a winning goal in the 90th minute or later.

That is eight more than the total of Arsenal, their nearest rival.

Manchester United, famed for late goals in "Fergie time" under Sir Alex Ferguson, are third in the list, level with Spurs on 22.

Ruben Loftus-Cheek's stoppage-time goal for Chelsea against Cardiff City on Sunday was the Blues' 21st late winner, moving them to within one of their rivals.

Most PL winners in 90th minute or later

Alderweireld's own goal was the third 90th-minute winner for Jurgen Klopp's team this season.

The first came through Divock Origi in the Merseyside derby in December at Anfield before Sadio Mane's stoppage-time strike secured a 4-3 win over Crystal Palace in January.

In that campaign, Liverpool finished runners-up to Man Utd. This time they will hope such late interventions will help them to go one better and win their first Premier League title.