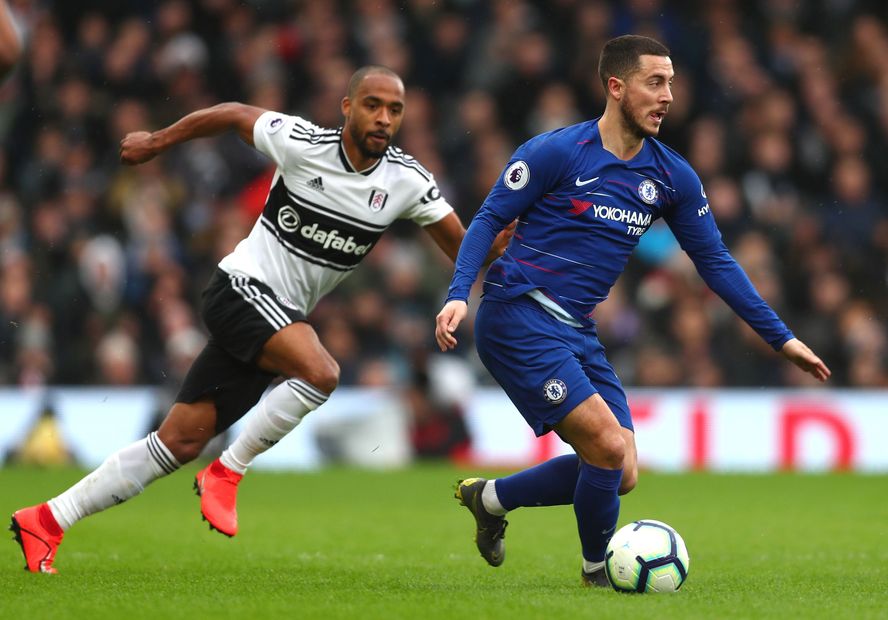 Eden Hazard's assist for Chelsea's winning goal on Sunday meant the Belgian achieved a mark only matched by Frank Lampard and Didier Drogba for the club.

To find out more, plus the other must-know facts from the weekend matches, read below. For match statistics, click on the fixtures.

No fixture in Premier League history has produced more goals from penalties than Arsenal v Tottenham Hotspur. Its total of 18 is level with Everton v Newcastle United.

Manchester City's 100 per cent winning record in eight matches against AFC Bournemouth is the best against a single opponent in English top-flight history.

Brighton and Hove Albion's victory ended a run of seven Premier League matches without a success, including five defeats.

Wilfried Zaha has had six goal involvements in his last six Premier League matches, including five goals. That is one more than he managed in his previous 21 appearances.

Ole Gunnar Solskjaer is only the third PL manager to have an unbeaten run of 12 matches from the start of his time at a club, after Guus Hiddink, with 14 in his second spell at Chelsea, and Maurizio Sarri, also at Chelsea.

Wolverhampton Wanderers have 12 league wins this season, their highest total in the top flight since 13 victories in 1980/81.

Since the start of last season, Robert Snodgrass has 19 Premier League assists, a total behind only Leroy Sane (24) and Raheem Sterling (20).

Watford have equalled their best total of 12 Premier League victories in a season.

With his fifth assist against Fulham, Eden Hazard became the third Chelsea player to score and assist 50 Premier League goals after Lampard and Drogba.

Mohamed Salah has gone three Premier League matches without a goal for the first time as a Liverpool player.