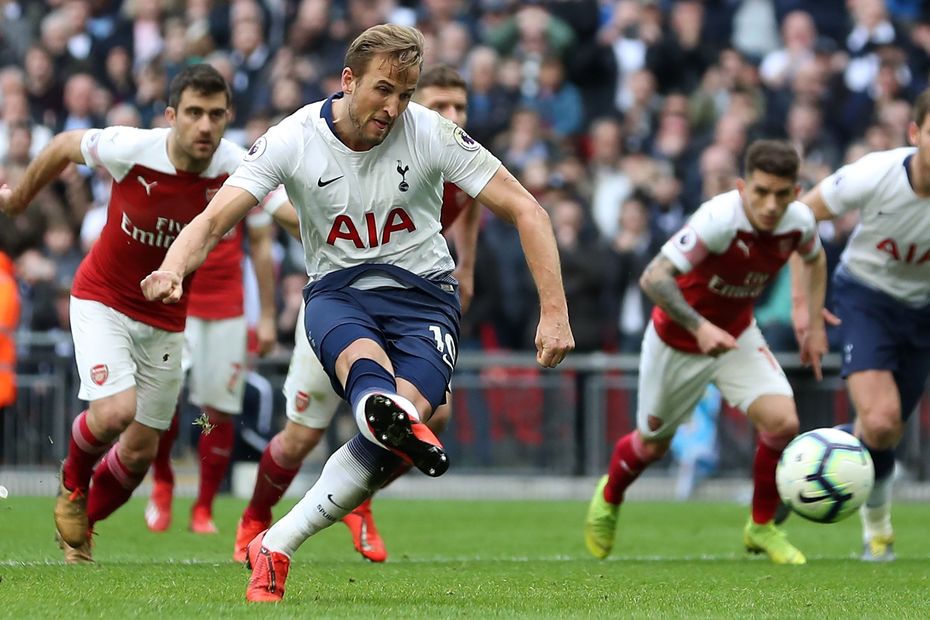 ‘We had chances, but I’m happy with the point' External Link

It was Kane’s ninth goal in only his ninth match against the Gunners in the competition.

That put him ahead of Arsenal's Emmanuel Adebayor in the rankings and four ahead of Gareth Bale as Spurs’ top scorer in this PL fixture.

Only two players have now scored more goals against Arsenal than Kane in the competition, Wayne Rooney and Robbie Fowler, albeit from significantly more matches.

Rooney's 12 goals against the Gunners came from 29 matches, while Fowler had double the nine of Kane to score 10 times past them.

Kane’s penalty was his fourth scored against Arsenal and the 18th converted in this fixture.

Had Pierre-Emerick Aubameyang not seen his stoppage-time spot-kick stopped by Hugo Lloris, it would have put this fixture ahead of Everton v Newcastle United as the one with the the most penalty goals.

🗣️ @HKane: "We’ve had a tough week and it was up to us to bounce back, show some passion and we did that." #COYS ⚪️ #NorthLondonDerby pic.twitter.com/riSYLAiPpB