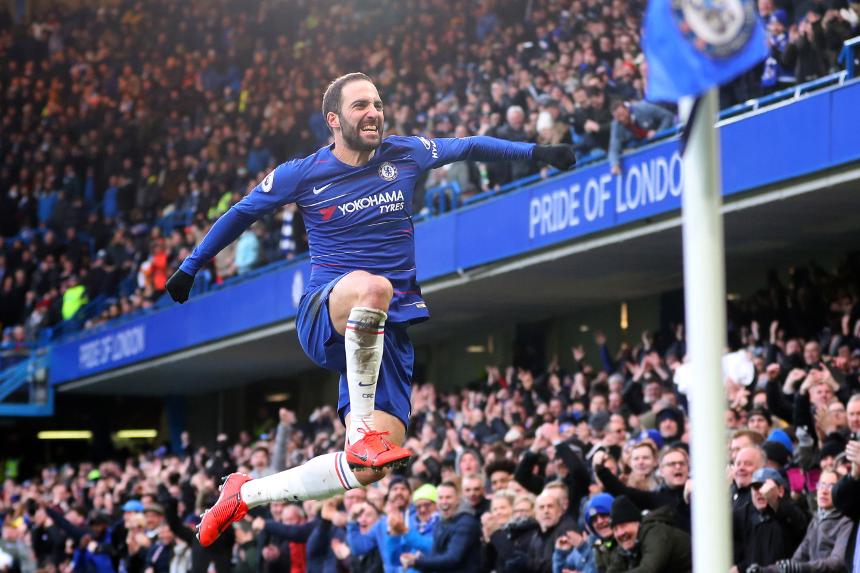 Shearer happy for Aguero to take hat-trick record
Man City eye return to the summit
Matchweek 25: What we learned

The quality of Gonzalo Higuain's goals on his home debut on Saturday were such that Alan Shearer believes fans of the Premier League could be in for a real treat for the remainder of the campaign.

Higuain scored twice on his first Premier League start for Chelsea, helping them overwhelm Huddersfield Town 5-0, and Shearer can't wait to see more of the Argentinian's expertise in front of goal.

"He could be great to watch for the rest of the season," says the Premier League Champion.

Shearer's Team of the week

A clean sheet and a point was down to the Watford goalkeeper, who made some brilliant saves.

Dominated the AFC Bournemouth forwards with a commanding performance in a very emotional game for Cardiff City.

The Newcastle captain didn’t deserve to be on the losing side as he defended very, very well.

The Palace defender never gave Aleksandar Mitrovic a kick, and not many defenders can do that.

The Irishman was part of another very impressive Wolves performance, winning a penalty and providing so many crosses.

The home-grown midfielder was very solid against some expensive Liverpool opponents.

The Serb played the holding role perfectly for Man Utd, halting a lot of Leicester’s moves forward. He is a different player under this manager.

Along with Doherty the Spaniard provided the width from wing-back that Everton couldn’t deal with. One of the buys of the season.

Another hat-trick to take him to 10 now in the PL!!! It’s only a matter of time before he goes past my 11. He was at his brilliant best.

The Bluebirds striker was one of the differences for his team, winning a vital three points with his two goals.

His first goal in the Premier League was the result of superb movement and finish, his second was a stunning curling shot from outside the box. This shows you how good he can be and he could be great to watch for the rest of the season.

It has been a difficult time for the Cardiff manager but he has conducted himself brilliantly and despite everything managed to oversee an emotional win over AFC Bournemouth.