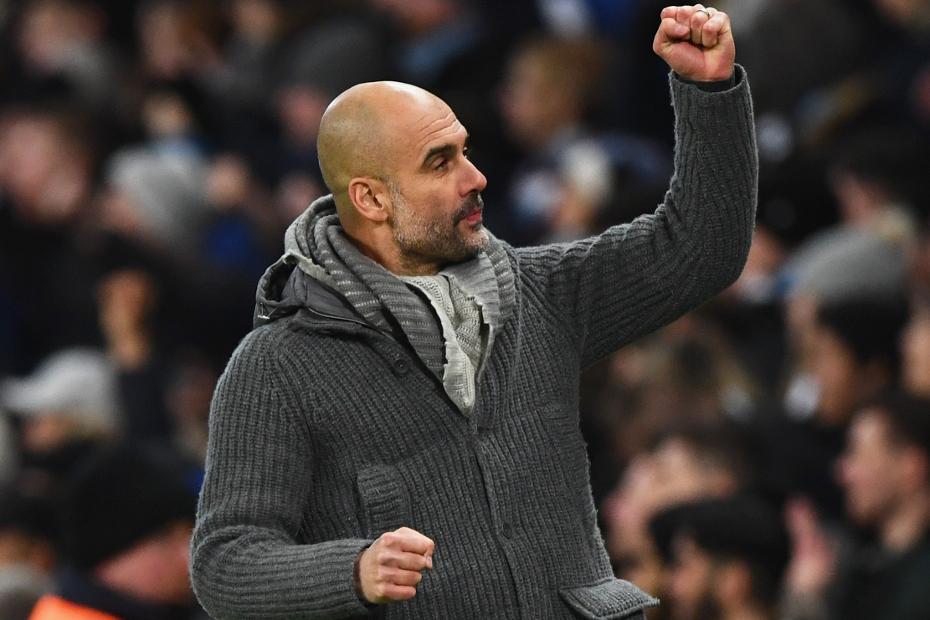 Manchester City can regain the lead of the Premier League for the first time in almost two months when they take on Everton on Wednesday.

Liverpool's 1-1 draw at West Ham United last night, combined with City's 3-1 win over Arsenal the day before, reduced the gap between the top two from what was once seven points to only three.

Victory at Goodison Park would send Pep Guardiola's team top of the league on goal difference.

City would be in the No 1 spot for the first time since 15 December when they beat Everton 3-1 in the reverse fixture.

Former Liverpool forward Robbie Fowler was quick to call for perspective after the disappointing result for the leaders at London Stadium.

"It's not all doom and gloom for Liverpool," Fowler said. "They're still top of the league.

"Albeit Man City still have a chance to go there [Goodison] on Wednesday. They haven't done it yet.

"There's still a lot to play for."

Indeed, a trip to Goodison Park holds mixed memories for City and Guardiola.

City have won two of their past three visits at Everton's stadium, as many as they had in their previous 17 visits to Goodison Park in the competition.

But Goodison is also the scene of Guardiola's heaviest PL defeat, when Everton beat City 4-0 two years ago.

Even if City do go top, it may not last long.

This weekend marks the reverse fixtures from when Liverpool overtook City.

Chelsea, who helped to topple City from the summit in December, visit the Etihad on Sunday, while Liverpool have AFC Bournemouth at home the day before.

And let's not forget Tottenham Hotspur, for whom the gap to the top has closed from nine points last month to only five points now.