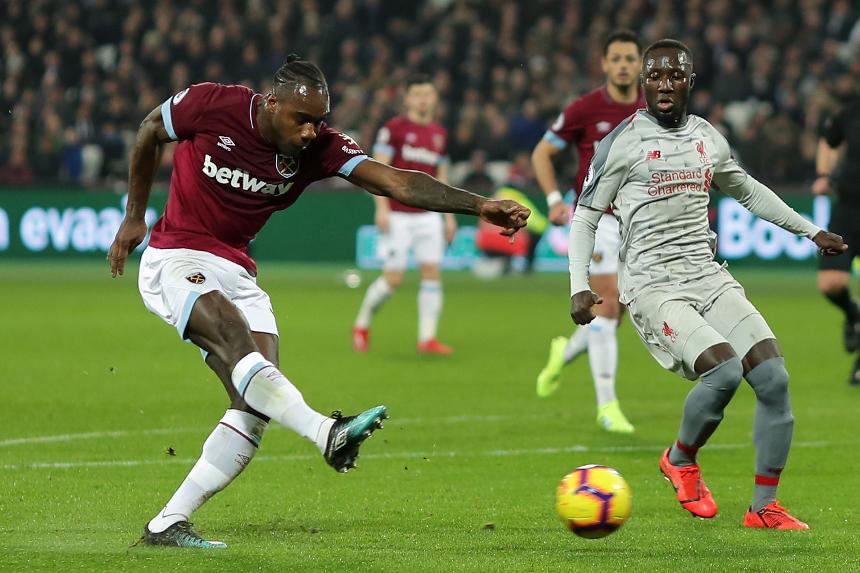 Shearer: Rashford can be a sensation

For many players playing against Liverpool can be an experience to forget, but Michail Antonio relishes it.

Find out below why the West Ham United player enjoys matches against the Reds more than any other along with the key standout facts from the Matchweek 25 fixtures.

Son Heung-min has been directly involved in 14 goals in his last 10 appearances for Tottenham Hotspur across all competitions, with nine goals and five assists.

Two of Watford’s last three Premier League fixtures have finished goalless, as many as in their previous 57 in the competition.

All five of Nathan Redmond's Premier League goal involvements this season have come under Ralph Hasenhuttl, with three goals and two assists in 10 appearances.

Gonzalo Higuain is the first Chelsea player to score twice on their home league debut for the club since Mario Stanic v West Ham United in August 2000.

Since his Premier League debut for Crystal Palace, Luka Milivojevic has scored 19 goals, more than any other player at the club.

Wolverhampton Wanderers' 11 Premier League wins this season is already equal to their highest tally in a campaign, in 2010/11.

Bobby Reid’s goal 15 seconds into the second half was the fastest after half-time in the PL since Marko Arnautovic after just 11 seconds for West Ham v Huddersfield Town in January 2018.

Only Ryan Giggs, at 21 years and 74 days, has reached 100 Premier League appearances for Man Utd at a younger age than Marcus Rashford's 21 years and 95 days.

Sergio Aguero has scored both of the two quickest goals in the PL this season, 24 seconds against Newcastle United and 46 seconds against Arsenal, with both coming in Manchester City's last two league matches.

Michail Antonio has scored four goals in his five Premier League matches against Liverpool, more than he has managed against any other side.

All four of Aymeric Laporte’s goals in all competitions for Man City this season have been headers from set pieces in away matches.