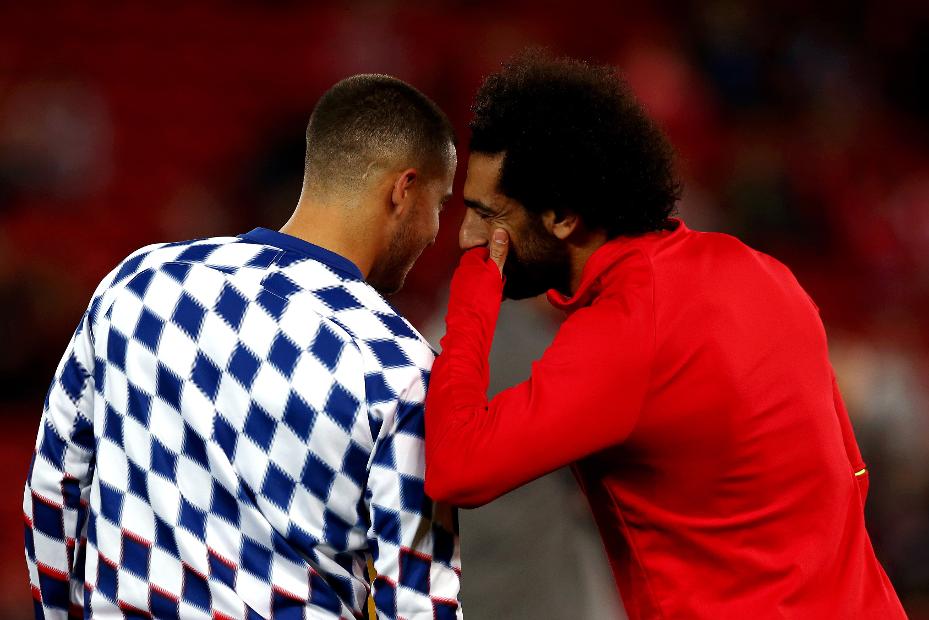 The pair will go head-to-head when Chelsea face Liverpool at Stamford Bridge on Saturday evening.

That could persuade many FPL managers to prefer Sergio Aguero (£11.4m) for his home match with Brighton & Hove Albion.

However, both Hazard and Salah have the form to be considered for the armband.

Hazard has produced a goal or an assist in five of his six Gameweek appearances.

He also scored an outstanding solo effort against Liverpool in the Carabao Cup in midweek.

The Chelsea No 10 is particularly dangerous in front of his own fans.

The Belgian has 35 points from his three home matches, including a hat-trick against Cardiff City in his most recent appearance at Stamford Bridge.

Salah scored in one of his two Premier League meetings with Chelsea last season and his totals of 25 shots and 10 shots on target both rank among the top three.

The Frenchman has two goals, two assists and 25 points over the last three Gameweeks since securing a starting role as the Gunners' lone striker.

Yet he is owned by only 5.1 per cent of managers.

Neither side have kept a clean sheet this season.

That suggests that the in-demand Aleksandar Mitrovic (£7.0m) can continue his goalscoring streak.

He has been bought by over 151,000 managers for Gameweek 7, almost double the total of any other forward.

Mitrovic has five goals and an assist in the last five Gameweeks.

The Everton midfielder is also in form, with three goals in his four appearances.