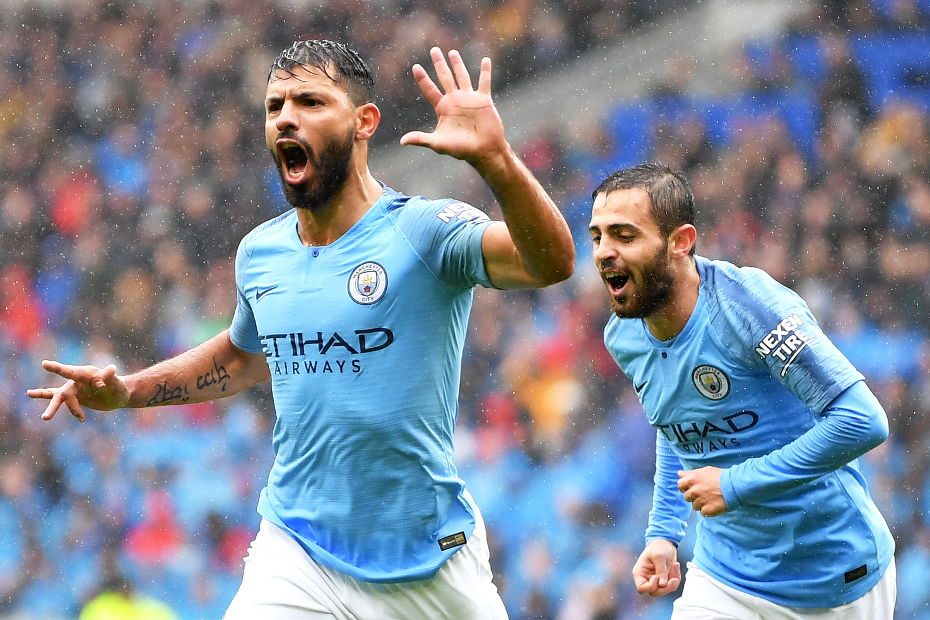 Sergio Aguero (£11.4m) has been the most selected Fantasy Premier League captain in each of the last three Gameweeks.

And the Manchester City striker will be heavily backed again for his home match against Brighton & Hove Albion.

Aguero has been far more reliable as a captaincy option at the Etihad Stadium this season.

He has produced a goal or an assist in all three of his home appearances, averaging 11 points per match.

By comparison, he has totalled 10 points in his three away fixtures.

Aguero’s 31 shots and 21 shots inside the penalty area are both more than any other player.

There is one potential downside. Aguero has been replaced early in the second half in each of the last two Gameweeks, playing 53 minutes and 60 minutes respectively.

The Seagulls are one of only three sides yet to record a clean sheet.

Like Aguero, Sterling is strong at the Etihad, scoring in both of his home appearances, yet is owned by only 3.3 per cent.

Harry Kane (£12.4m) is among the chief challengers to Aguero.

The Tottenham Hotspur forward appears to be returning to top form ahead of the trip to Huddersfield Town.

Four of Kane’s eight shots on target this season were recorded against Brighton last weekend.

His opener in the 2-1 win was his third goal in five Gameweeks.

Kane also has history against Huddersfield, scoring twice in the corresponding fixture in 2017/18.

In a Gameweek where Mohamed Salah (£12.9m) and Eden Hazard (£11.0m) face each other at Stamford Bridge, it is Kane who can be Aguero’s main rival for the armband.

Holly Shand (@FFCommunity): Hazard’s showdown with Salah means it could be the week to take a captaincy risk on a player like Aleksandar Mitrovic (£7.0m) or Kane. However, as I've got a strong rank to protect, I’ll be playing safe with Aguero, who has delivered in every home match this season.

Mark McGettigan (@FPLGeneral): With two free transfers this week, I'm tempted to move from Salah to Kane for Spurs’ tasty fixtures. If I do, Kane would be my captain this weekend, as I fancy him to explode against Huddersfield.

Ben Crabtree (@FC_CrabDogg): Kane served me well last week and I think I'll keep the faith in him. Aguero worries me but may have his minutes managed again. The potential reward for Kane is bigger so hopefully it pays off.

Lee, FPL Family (@FPLFamily): Aguero is the obvious pick, but Kane’s statistics improved against Brighton and I believe he can maintain that form at Huddersfield. Richarlison (£6.6m) was unlucky not to score away to Arsenal and should do well against a leaky Fulham defence.

Sam, FPL Family (@FPLFamily): If I owned him, I’d captain Kane this week. Doubling up with one of Dele Alli (£9.0m) or Lucas Moura (£7.4m) could prove fruitful against Huddersfield.

Neal Thurman (@neiljthurman): Fulham and Everton's defences are among the leakiest in the Premier League, so there should be goals at Goodison Park. I like Richarlison for my captain as an alternative to Aguero or Kane.