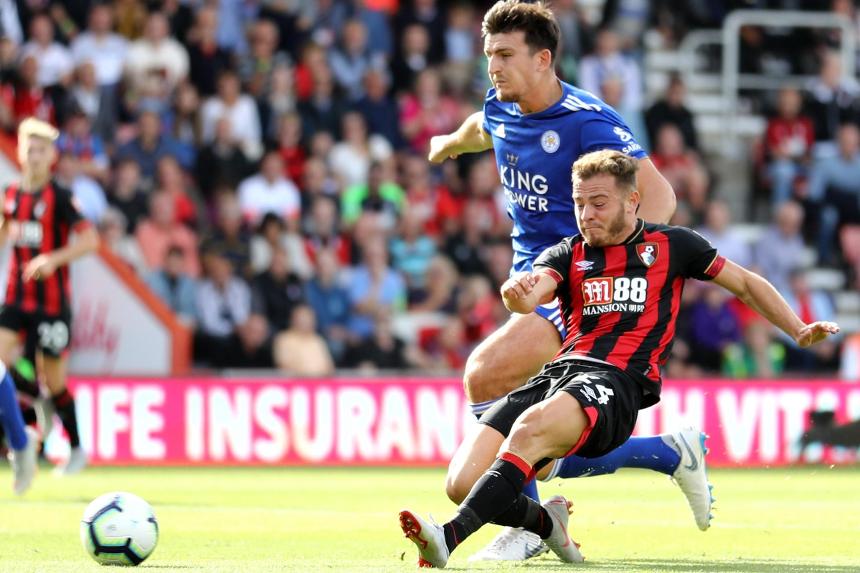 Ryan Fraser’s (£5.7m) two goals and assist against Leicester City on Saturday made a major impact on the Fantasy Premier League transfer market.

The AFC Bournemouth midfielder’s 18-point haul against the Foxes has earned him over 193,000 new owners ahead of Gameweek 6.

Only Eden Hazard (£10.8m) has been a more popular target, bought by 235,000 managers after his weekend hat-trick against Cardiff City.

At such a low cost, Fraser now ranks second overall for value in terms of points per million, with 7.0.

The Scotland international now boasts three goals and two assists from the first five Gameweeks and is the third-top scoring midfielder on 39 points.

His total of six big chances created is more than any other player.

Fraser has also created 11 chances for the Cherries.

AFC Bournemouth’s upcoming schedule also indicates that Fraser can keep on supplying goals and assists for a budget price.

Four of his next five matches score just two in the Fixture Difficulty Ranking (FDR).

Simon March (@MarchSimon): The conditions are there for Fraser to keep his form going; he’s playing an attacking role and he has a run of good fixtures to come. His underlying statistics don’t quite compare with the elite midfielders but are good enough to suggest that he’ll remain a strong pick at that price.

Ash (@FPLHints): If you’re looking for a midfielder under £7.0m, then James Maddison (£6.6m) is the best option. However, Fraser is showing his best form to date and should be able to sustain these levels with the generous upcoming fixture run.

Holly Shand (@FFCommunity): Fraser looks to be the best value midfielder at present, with an excellent run of fixtures. His minutes may reduce when Junior Stanislas returns to the starting XI.

Paul Gee (@FplPaulGee): The "Wee man" looks a force to be reckoned with; his marauding runs down the left look unstoppable. At a price point of £5.7m and a run of fixtures that are very favourable, it's hard to look past him.

Lee Bonfield (@FPLFamily): Fraser is just one of a number of options in that bracket. Pedro, Roberto Pereyra and the returning Richarlison should all get honourable mentions. The perfect blend of form and fixtures are in Fraser’s favour, though, so he’s tough to overlook.

Chuck Booth (@ChuckBoothSport): Fraser has been on another planet to begin the season and while the midfielder is one to watch, a good differential as ownership rises is Andre Schurrle. Priced at £5.9m and shooting with every chance that he gets, Schurrle will bag the goals as Fulham’s schedule softens up.