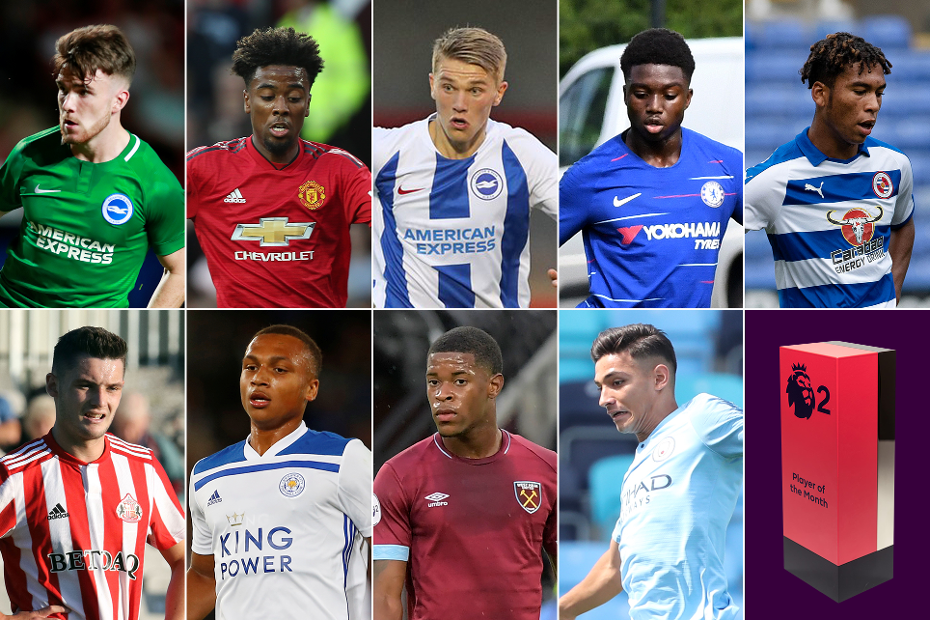 Nelson crowned PL2 Player of the Season
Sessegnon: All matches are battles in Premier League
Uche strikes as Leicester go top of Division 1

The nominations for August's Premier League 2 Player of the Month have been announced.

Nine players are on the list, with Brighton & Hove Albion having two, Aaron Connolly and Viktor Gyokeres helping the Seagulls make an unbeaten start to their first campaign in Division 1.

The shortlist below was decided by the League's Football Development Panel after PL2 club managers nominated the best performance by an opposing player in each of their August fixtures.

Three goals and an assist from the 18-year-old forward helped Manchester United to an unbeaten start to their Division 2 campaign.

The two goals for Gyokeres, a 20-year-old Swedish attacker, included a stoppage-time equaliser against Arsenal at Emirates Stadium.

The 17-year-old defender played a key role as Chelsea drew with Everton and beat Blackburn Rovers in their first two matches.

The striker scored three times in a month in which he turned 18, also helping Reading open their Premier League International Cup campaign with a win over Leicester.

The 19-year-old Leicester City striker scored three PL2 goals in August as three wins took the Foxes to the top of the table.

Signed by West Ham United from Portuguese side Vitoria in the summer, the 21-year-old forward scored five PL2 goals in August, including a hat-trick in the 3-1 victory at Spurs.

The 17-year-old Spanish striker scored back-to-back hat-tricks as City started with a 6-5 win over Arsenal and a 6-4 victory against West Ham.