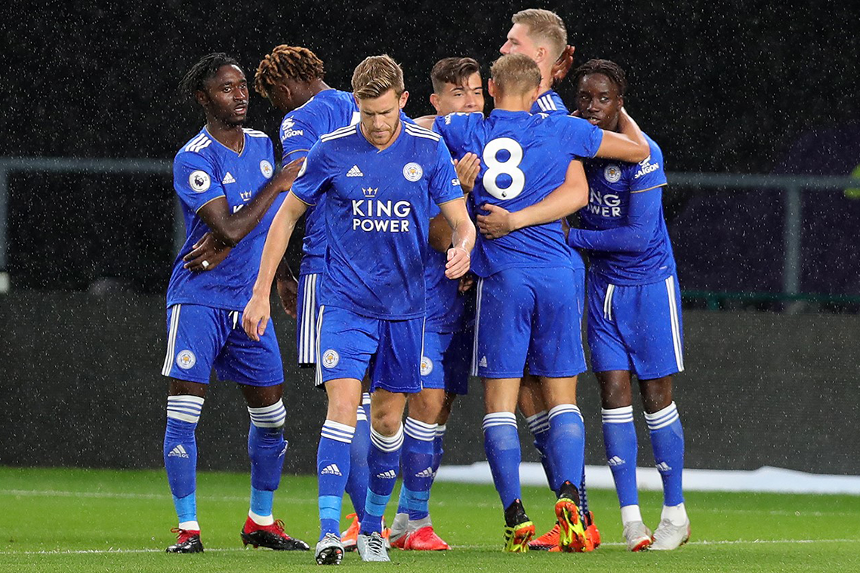 Leicester City moved to the top of Premier League 2 Division 1 with a 2-0 victory against East Midlands rivals Derby County.

It took three minutes for Leicester to break the deadlock at Pride Park, Raul Uche finding the net with several defenders around him from a Layton Ndukwu corner.

Their second goal, shortly before the half-hour, also came from an Ndukwu set-piece.

The forward's free-kick fell into the path of midfielder Kieran Dewsbury-Hall, whose volley went in off Joe Bateman for an own goal.

Leicester's third win from four matches moves them one point clear of Everton.

Derby are in eighth on five points.