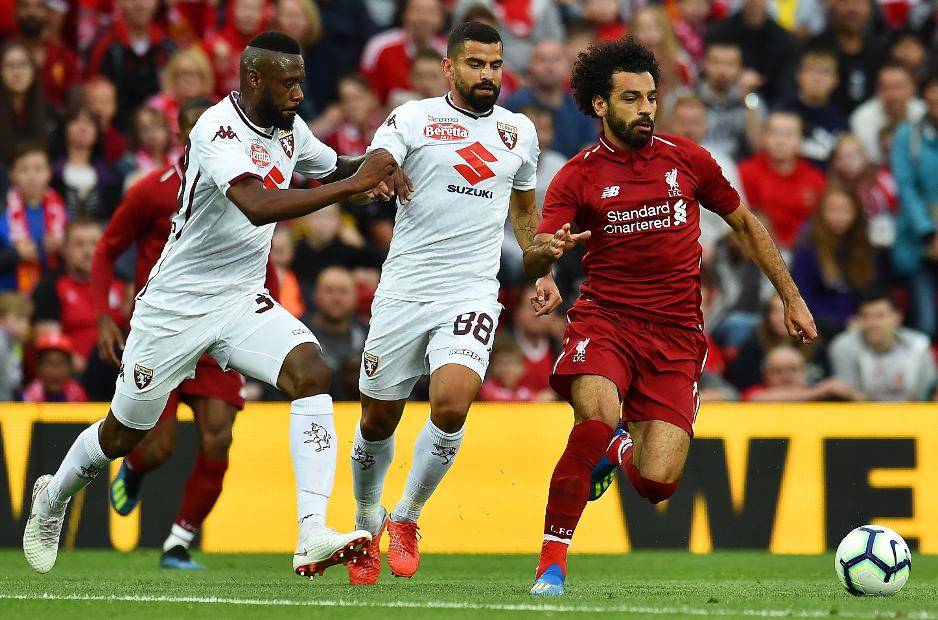 Get the FPL basics right
GW1 Ones to watch: Pierre-Emerick Aubameyang
GW1 Captains: Aguero and Aubameyang face off

Mohamed Salah (£13.0m) is expected to be the go-to captaincy option for Fantasy Premier League managers in Gameweek 1.

The Liverpool winger is the most popular player in opening squads, owned by more than 52 per cent.

His output at Anfield last season shows why.

Salah scored 19 of his 32 goals, and recorded nine sets of double-figure points hauls, at home.

His record against West Ham United is also encouraging. Liverpool scored four goals in each of their matches last term against their visitors on Sunday.

Salah played a part in half of those strikes, with three goals and an assist.

West Ham had the worst defensive record away from home in 2017/18, conceding 42 goals.

This suggests Liverpool's attack is likely to profit from Sunday's encounter.

The former is in form, having struck twice during pre-season, scoring in wins over both Manchester clubs.

He may even be on penalty duties, having converted a spot-kick against Manchester City.

Firmino is the most popular forward in FPL, with 35.3 per cent ownership.

He made a big impact in Liverpool’s final friendly at home to Torino this week, supplying a goal and assist in the 3-1 victory.

But while Mane and Firmino are both capable of big points returns, it is Salah who remains Liverpool's likeliest source of goals and assists.