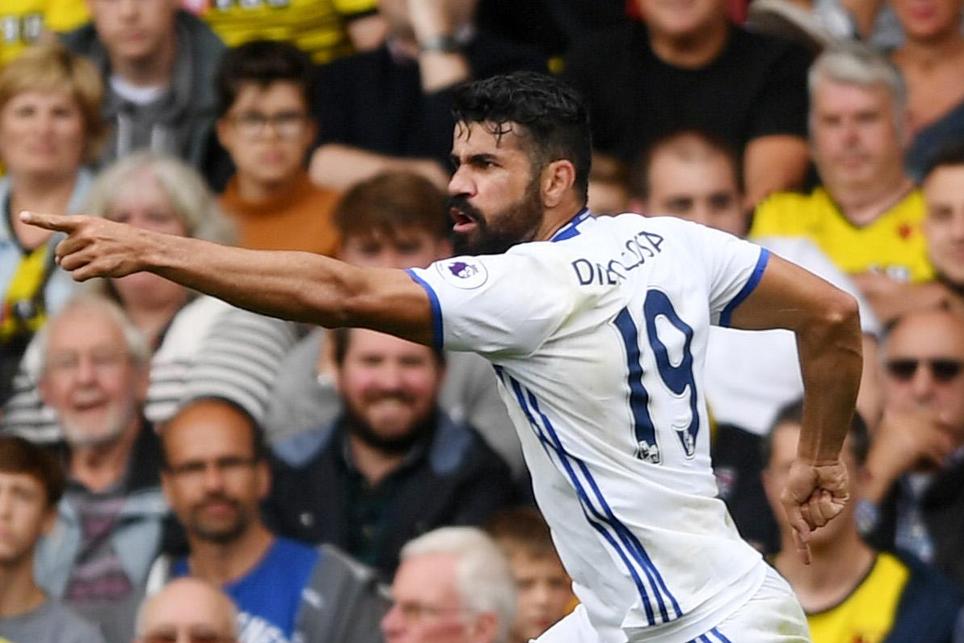 The Morocco international completed two dribbles and provided three open-play crosses in addition to his assist for the opening goal. He also pitched in with eight recoveries.

Michy Batshuayi (£9.0m) was the only Chelsea player to earn recognition. Once again he came off the bench to make an impact, firing in Chelsea’s equaliser after registering an assist in Monday’s win over West Ham United.

Chelsea did at least dominate at the top of the ICT Index, with Eden Hazard (£10.1m) earning the highest tally of 9.3.

The Belgian top ranked for Creativity (45) by providing six crosses and three chances for team-mates. Hazard also completed 26 passes in the final third, more than any other player.

Encouragingly, Hazard has averaged 9.2 in the Index so far this season, compared to 6.7 last term.

Batshuayi ranked second on the Index, despite being limited to just 23 minutes. The striker fired in three efforts on the Watford goal in that short spell, all from inside the box.

Costa earned 6.3 on the Index but notably managed just a single effort on goal, his dramatic late winner.

A second goal of the season again promotes Costa as an FPL option, although his second booking of the season similarly underlines the risks involved.

Hazard’s assist for Batshuayi’s goal kept his points tally ticking over as he continues to show improvements.

Batshuayi’s progress, along with Cesc Fabregas’ (£7.4m) claims for a starting role, require monitoring. The pair were major factors in tipping the balance Chelsea's way following their introductions from the bench.

Antonio Conte will hope to have Willian (£7.5m) back in the ranks for the visit of Burnley in Gameweek 3. The Brazilian missed the Vicarage Road trip with a minor calf injury.

As for Watford, Capoue was again the standout FPL performer. His second strike in as many matches demonstrated the new freedom he has been given to join the attack by Walter Mazzarri.

The midfielder suffered a knock late on but has still attracted more than 105,000 new owners since Saturday.