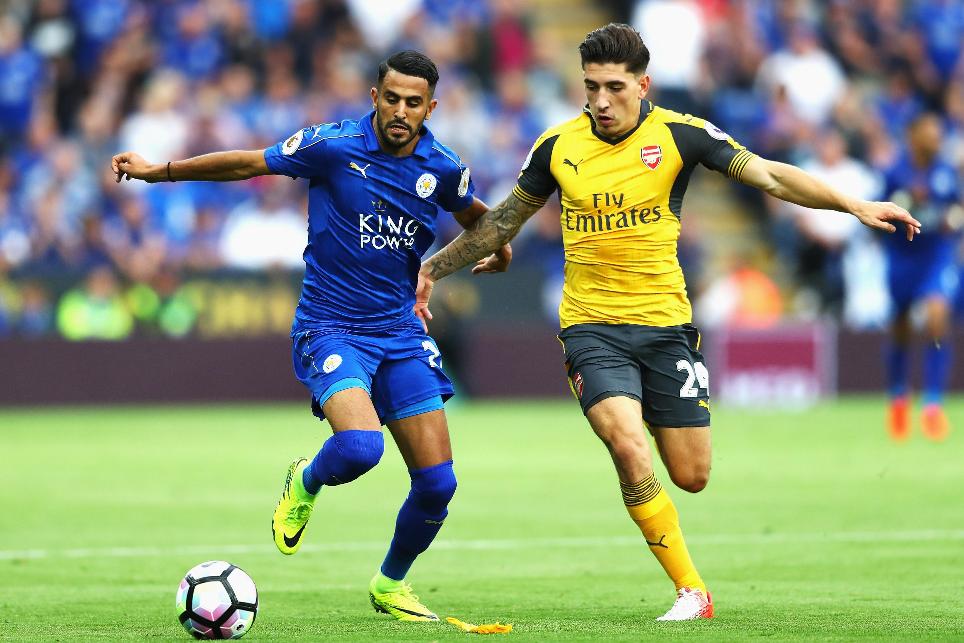 AS IT HAPPENED: Leicester City vs. Arsenal External Link

Defences were firmly on top throughout Saturday's encounter between last season's top two, with the Arsenal rearguard claiming the majority of the Fantasy Premier League bonus points on offer.

The Dane made four saves on the way to his first clean sheet of the campaign.

Defenders were less prominent in the ICT Index, which focuses more on attacking actions.

Alexis Sanchez (£11.0m) topped the ranks with 8.8, a healthy increase on the disappointing 3.5 scored in the opening day defeat to Liverpool.

The Chilean claimed the highest Creativity score on the day (42) by virtue of two crosses, three chances created and 28 completed passes in the final third – the most of any player on the pitch.

Theo Walcott (£7.5m) ranked second by scoring 48 for Threat, the highest tally on show in that category. The midfielder produced three efforts on goal, both on target from inside the box.

Riyad Mahrez (£9.5m) was the top ranked Leicester City player although his ICT Index tally of 7.5 was down on the 11.4 gained in the Gameweek 1 defeat at Hull City.

The Algerian had two efforts on goal and created two goalscoring chancs for his team-mates.

Musa’s 11% ownership will have been frustrated by his four-minute cameo and the Nigerian has already been sold by more than 44,000 managers.

Jamie Vardy (£9.9m) continues to shed FPL ownership at an even faster rate. He tops the transfers-out list once again this week, with more than 87,000 showing him the exit door since Friday's deadline.

In his two starts this term, Vardy has fired in an effort on goal every 47 minutes compared to just 28 minutes last season, indicating a significant decline in involvement in the final third.

For Arsenal, Sanchez failed to look comfortable as the central attacker, with Olivier Giroud (£9.0m) perhaps poised to earn a recall for the Gameweek 3 trip to Watford.

Mesut Ozil (£9.5m) will also be considered for a start after his 18-minute appearance as the Gunners' line-up starts to take on a more familar look.

At the back, Arsene Wenger’s selection of Rob Holding over Calum Chambers (both £4.5m) presents the former Bolton Wanderers man as a potential short-term option. But Arsenal could yet reinforce in that position prior to Gameweek 4.