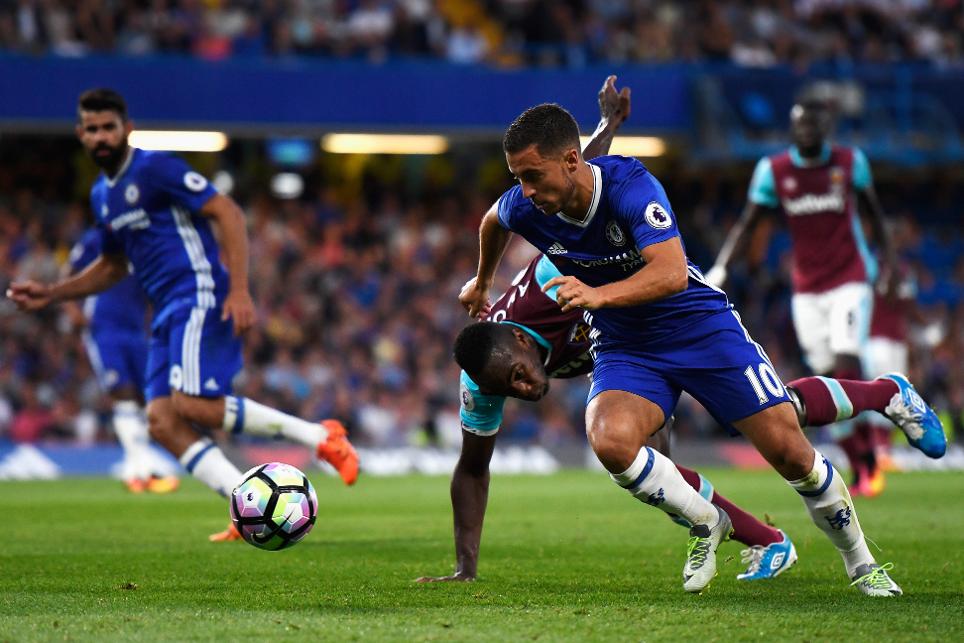 Eden Hazard’s (£10.0m) sweetly struck penalty, along with nine successful dribbles, was enough for the Chelsea winger to seal the three bonus points via a score of 33 in the Bonus Point System (BPS).

The West Ham United centre-back notched a 77th-minute equaliser and was the most active defender on show, producing 11 clearances, blocks and interceptions (CBI).

Hazard’s Threat score of 24 was above his match average of 18 from last season but still trailed that of his glittering debut campaign (37).

Meanwhile, Willian was Chelsea’s chief architect on the night, a role he assumed for much of last term.

The Brazilian amassed 52 for Creativity, creating three chances for team-mates and completing 22 passes in the final third, along with three crosses.

Collins was West Ham’s top performer in the Index, with an overall score of 9.0. He recorded the highest Influence tally, despite suffering defeat, courtesy of his goal and impressive CBI total.

Hazard’s potential is boosted significantly now that spot-kick duties are confirmed. There were doubts heading into the season after Oscar (£7.5m) converted a penalty against AC Milan in a friendly with the Belgian also on the pitch.

Costa’s fine winning goal offered a reminder of his qualities, although his early booking for dissent and a late challenge on Adrian (£5.0m) demonstrated why he remains a risk as an FPL investment.

At the back, Azpilicueta’s assist cements his status as the most attractive option in the Chelsea rearguard. He has little threat for the starting left-back berth and continues to improve the attacking elements of his game having earned five assists last season.

West Ham had their own hero in defence. Collins was on the radar having started ahead of Angelo Ogbonna (£5.0m) and the Welshman's goal only elevated his profile on the night.

If he can cement the role alongside Winston Reid, Collins offers a cheaper route into the Hammers rearguard.

They will be hoping for a recovery in time for the potentially profitable home match with AFC Bournemouth on Sunday, the first Premier League fixture at the London Stadium.

With Dimitri Payet (£9.5m) set to start having been introduced from the bench at Stamford Bridge, it seems unlikely that Bilic will take a risk with Ayew.

Sofiane Feghouli (£5.5m) could also make a return for Sunday’s match after being ruled out of last night's matchday squad with a hamstring injury sustained in training.