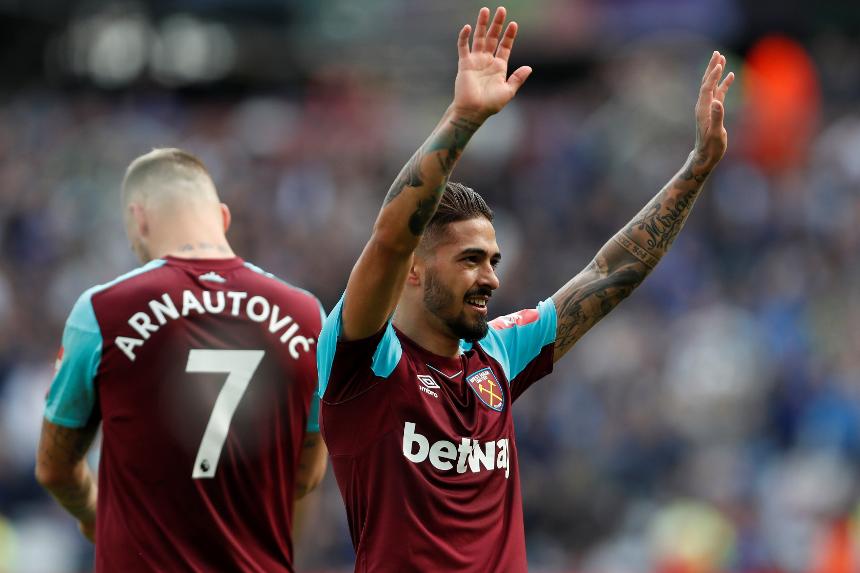 Fantasy managers cannot afford to overlook the Argentinian in the upcoming campaign.

That is because Moyes played midfielder Marko Arnautovic in a striker's role, which made him the go-to Hammers option.

But with Manuel Pellegrini now in charge, tactics and formation are likely to change.

Lanzini could be handed a No 10 role in Pellegrini's favoured 4-2-3-1 formation.

And if Arnautovic also drops back to form part of the attacking midfield, there could be a power shift in Fantasy.

Lanzini was limited to only 23 starts last season due to injury.

But the 40 chances he created still made him West Ham's most creative player.

And only Arnautovic, with 71, had more than his 44 shots.

He scored or assisted 40 per cent of West Ham's goals when selected, up from 33 per cent.

Arnautovic and Lanzini were identically priced at £7.0m last season.

But the cost of Arnautovic is likely to rise after he produced 11 goals and seven assists over the final 23 Gameweeks.

So Lanzini is likely to be the cheaper option and, under Pellegrini, that could mean he offers stronger value to Fantasy managers.