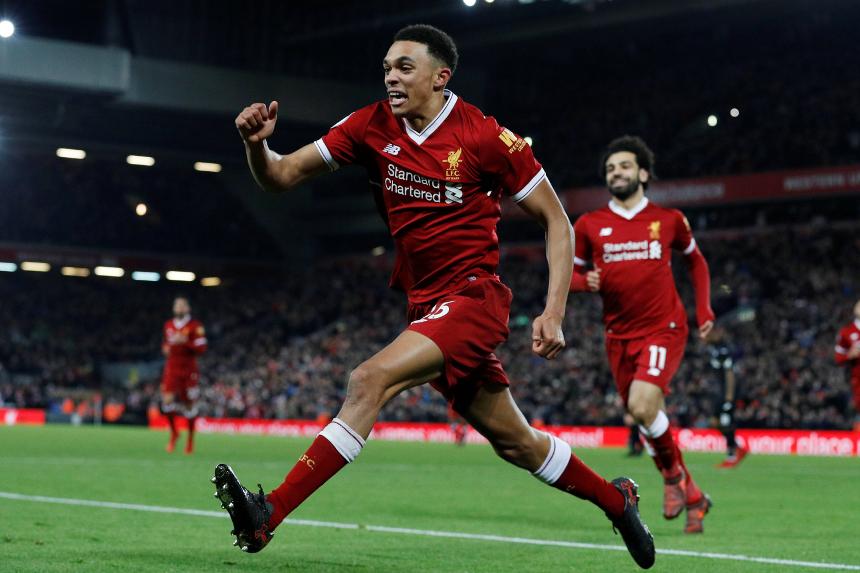 The Liverpool right-back can become a Fantasy favourite.

Priced at only £4.5m in the season just gone, Alexander-Arnold started behind Joe Gomez in the pecking order.

He made only eight appearances in the first 25 Gameweeks.

But the 19-year-old became a regular on Jurgen Klopp's teamsheet over the final few months.

Alexander-Arnold started 10 of the final 13 Gameweeks, only missing out when rested around UEFA Champions League matches.

His delivery proved a crucial weapon in Liverpool's armoury, as Klopp allowed both of his full-backs to raid forward.

Certain statistics suggest Alexander-Arnold could be set for more points than Andrew Robertson.

The right-back bettered the left-back for successful crosses, by 17 to 11, and chances created, 25 to 24, despite playing fewer minutes.

Alexander-Arnold's stock was also boosted by being given a share of set-piece duties.

Liverpool's improved resilience since the arrival of Virgil van Dijk is another major factor in his favour.

From the point of the centre-back's debut in Gameweek 24, their eight clean sheets were more than any other side.

Alexander-Arnold's potential to produce goals and assists, as well as points from clean sheets, helped him average 4.4 points per match.

The teenager will have increased competition for a starting spot in the upcoming season.

He will battle with Gomez, the fit-again Nathaniel Clyne and perhaps even new signing Fabinho.

But Alexander-Arnold has the talent to rise above that challenge to play a more significant role in Fantasy in 2018/19.