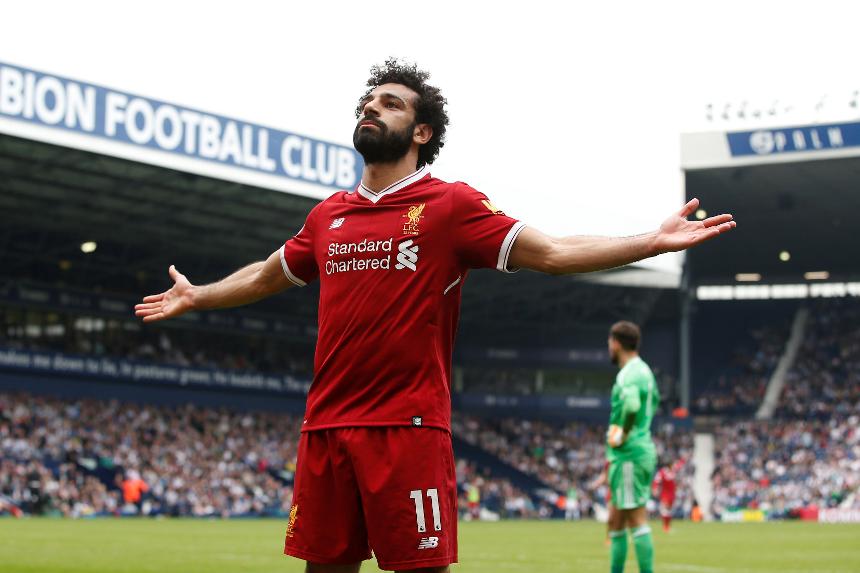 If Mohamed Salah scores against Stoke City at Anfield he will become the highest-scoring player in a 38-match Premier League season.

The omens would suggest it will be difficult to deny him going ahead of this trio on Saturday.

Salah faces a Stoke defence who have conceded 65 goals this season, the most in the division.

In the reverse fixture at the bet365 Stadium, the 25-year-old scored a brace from his only two shots in the match.

In total, he has three goals against Stoke from just four shots in the Premier League.

He is playing at Anfield, where he is on a hot streak.

Salah has scored in seven consecutive Premier League home matches and was last shut out at Anfield on Boxing Day.

But Salah and Liverpool will face a Stoke manager who loves taking teams to Anfield.

Paul Lambert has never lost a match there as a manager, winning three and drawing two of five fixtures in all competitions.

To carry on this remarkable run and boost Stoke's hopes of avoiding relegation, Lambert knows stopping Salah will be important but cannot be his players' sole objective.

The last team to prevent the Egyptian from scoring at Anfield in the Premier League were Swansea City.

They stopped Salah then, but were overrun by his team-mates, conceding five goals without reply.