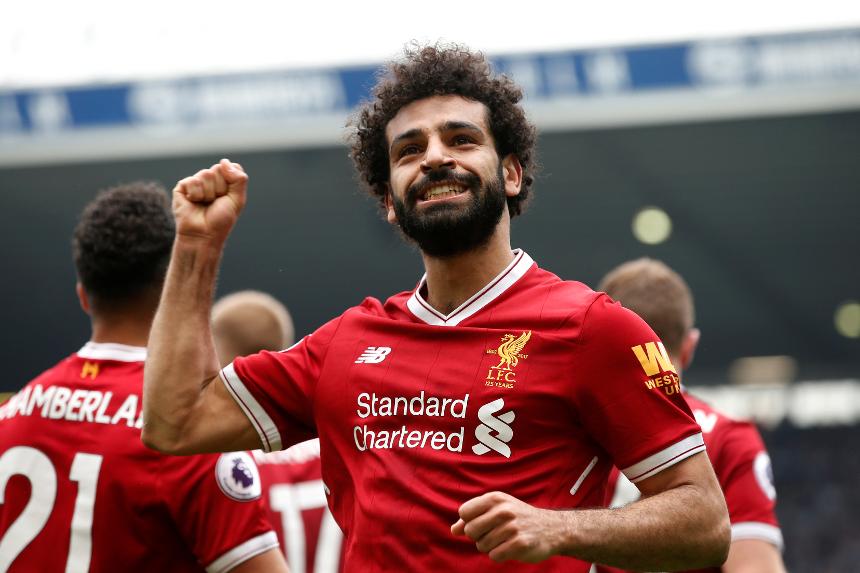 After scoring his 31st goal of the season, we look at seven impressive feats the Egyptian can aim to break

Stevie: Salah is the best player on the planet External Link
Players who scored 30+ goals in a PL season
Salah equals scoring landmark with latest goal

With three matches to go Mohamed Salah is on course for a trailblazing season.

The Egyptian scored his 10th and 11th goals of Liverpool's UEFA Champions League campaign in last night's 5-2 semi-final first-leg win over Roma, taking his tally in all competitions to 43.

Salah is proving just as irresistible in the Premier League, equalling the record for most goals in a 38-match season last weekend.

The 25-year-old has also edged closer to a host of other feats never previously achieved in the competition.

Ahead of the Reds' home match with Stoke City on Saturday, here is a selection of those PL records the No 11 could yet match or break in 2017/18.

Most goals in a season

Salah needs one goal to be the outright record holder for the most strikes in a 38-match season.

He needs just one more goal to be the all-time top scoring foreign player in a single season, overtaking Ronaldo and Suarez.

Thirteen of Salah's 31 goals have come away from home.

But Salah will need to hit a hat-trick in his only remaining away match, at former club Chelsea, and hope that Harry Kane doesn't add to his current tally of 15 when he visits bottom club West Bromwich Albion.

Most goals in the box

While much focus has fallen on Salah's knack for scoring goals, the winger is also adept at creating them.

Most matches scored in

Salah has already scored in 23 different matches, a record since the competition was cut to 20 teams for 1995/96.

He will need to score in each of Liverpool’s remaining three matches to equal Cole’s all-time record of 26 matches in 1993/94.

Most opponents scored against

Salah will not get the chance to equal this record until the final weekend, because he has already struck against two of his remaining three opponents.

If he finds the net against Brighton & Hove Albion, Salah will become the third player to score versus 17 different opponents in a single 38-match season. Overall this feat has only been achieved on four previous occasions, by Cole, Shearer, Ian Wright and Van Persie.