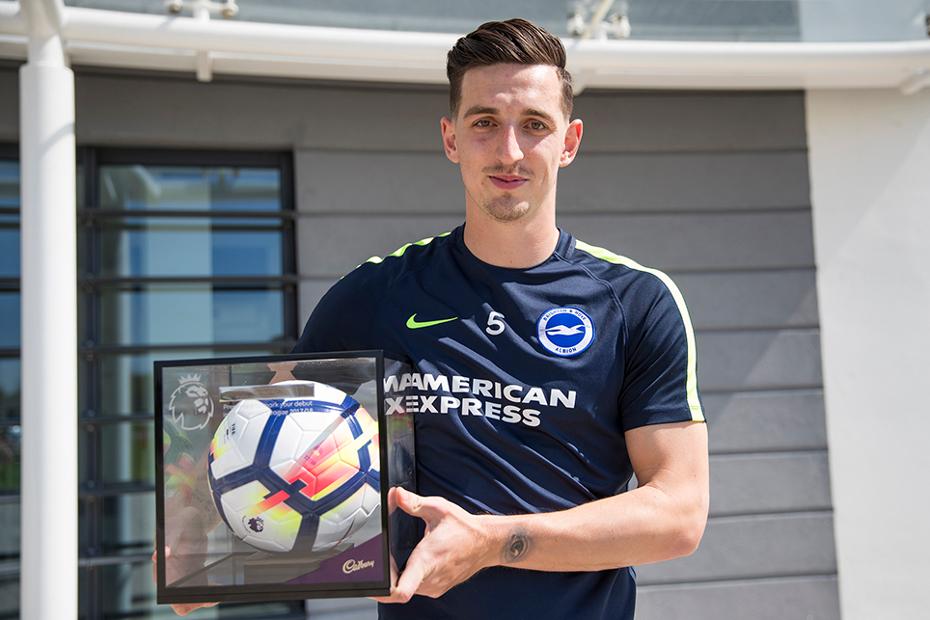 Brighton & Hove Albion may be on course to secure their top-flight status, but Lewis Dunk admits his Premier League debut on the opening day of 2017/18 felt like a baptism of fire.

Having come through the club’s academy and helped Brighton to promotion from the Championship last term, the 26-year-old found himself facing Manchester City in the Seagulls' first Premier League fixture. He scored an own goal in a 2-0 home defeat.

“We got chucked in at the deep end,” he says. “Manchester City have been the best team in the Premier League, so it was a very tough one and [Sergio] Aguero is probably the hardest player I’ve played against.

“It was a great feeling to finally get there and to play against a side like that. It was an amazing day and a very proud one that I’d dreamt of for a long time.”

As home-grown debutants, Dunk and his team-mates Solly March, Connor Goldson, Dale Stephens and Sam Baldock have each been given a Premier League Debut Football inside a personalised engraved case to mark their first appearances in the competition.

March says: “I’ve been here through the academy like Lewis, so that means a bit more as well.

“The biggest difference between the Championship and this league is definitely the pace of the game and the physical attributes that come with that.”

Goldson, who made his bow in the 1-0 home win over Watford in December, adds: “People seem to take their chances more often at this level. It’s usually just one chance and you’ve conceded a goal.

“[My debut] was a good day - we kept a clean sheet and won the game. I always wanted to play in the Premier League and it was great to get my chance.”