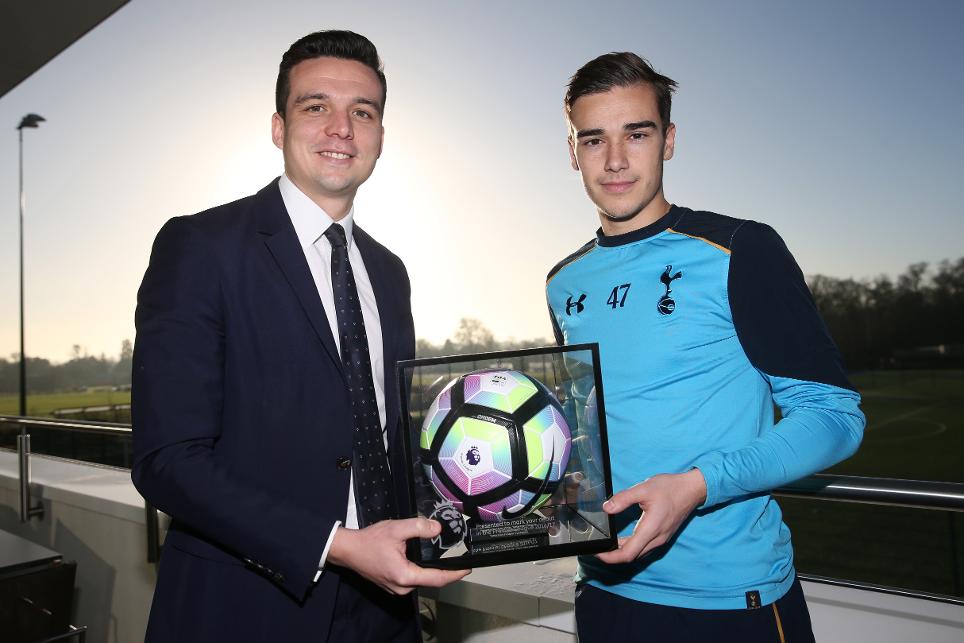 Dembele on Winks: 'Everybody appreciates him' External Link

After being presented with a Premier League Debut Ball to honour his debut in the competition this season, Tottenham Hotspur midfielder Harry Winks said it is a moment he will "remember for ever".

The 20-year-old came on as a late substitute in August's 1-1 draw with Liverpool in the Premier League, and the Spurs academy graduate has gone on to make 13 appearances in the top flight this term, including two starts and his first goal against West Ham United.

"It's a nice memory to mark my Premier League debut, it's a brilliant feeling," Winks said. "Even though it was only 30 seconds and I didn't touch the ball it was still something to remember for ever!"

Winks is the latest in a core of English players in the Spurs squad, including striker Harry Kane and 20-year-old Dele Alli, who hit 20 goals from midfield in just his 52nd PL appearance as they beat Chelsea to move within seven points of top spot.

"Having a lot of homegrown players, a lot of players who have come through at Spurs as well, it's nice because we've all been there in the same sort of position.

"When you see people who are doing really well after coming from the academy, it's a credit to the staff here and the academy boys themselves."