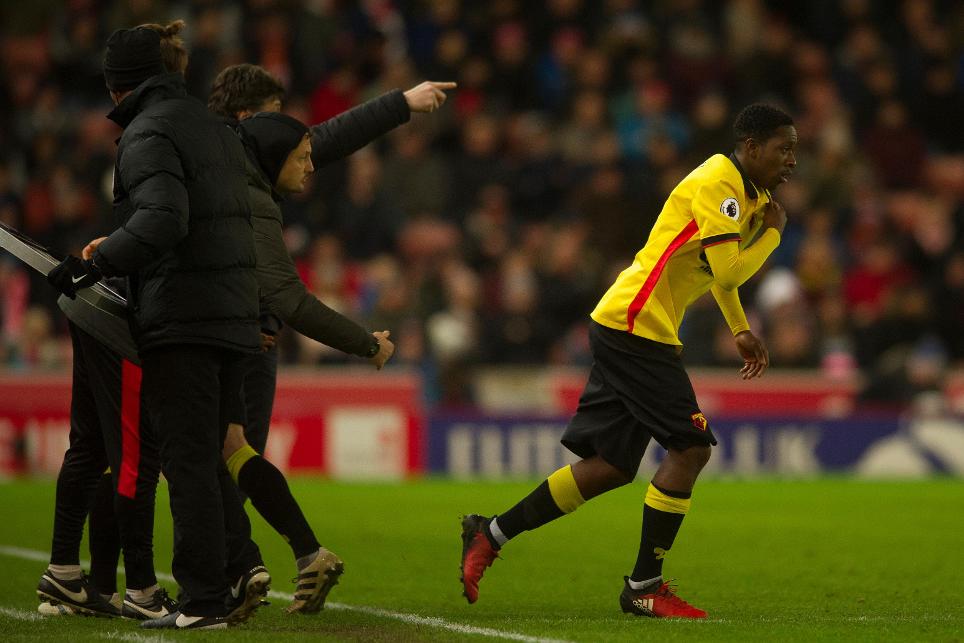 "That Feeling Is What You Live For" - Folivi External Link

Few Premier League footballers can credit a policeman for helping them to reach the top flight, but an officer of the law with an eye for talent played a part in Watford's Michael Folivi making the big time.

Growing up in a London estate, Folivi started going to Premier League Kicks sessions in Harrow as a 10-year-old to feed his passion for the game.

It helped him not only to stay away from the wrong path, but set him on the road to the Premier League.

"I went to the Premier League Kicks programme and managed to go to my first Sunday league team," he says. "It was a copper who picked me up.

"He noticed I was playing good. It’s not something you hear every day!”

From there Watford spotted his talent and Folivi's rise culminated in a Premier League debut this year, as a substitute at Stoke City.

For this Folivi, 19, received his Premier League Debut Football last month, along with Brandon Mason, as Watford celebrated their academy.

"Making my debut, it’s an amazing feeling," the striker says in the video above. “It was reward for what I’ve been grafting for.”