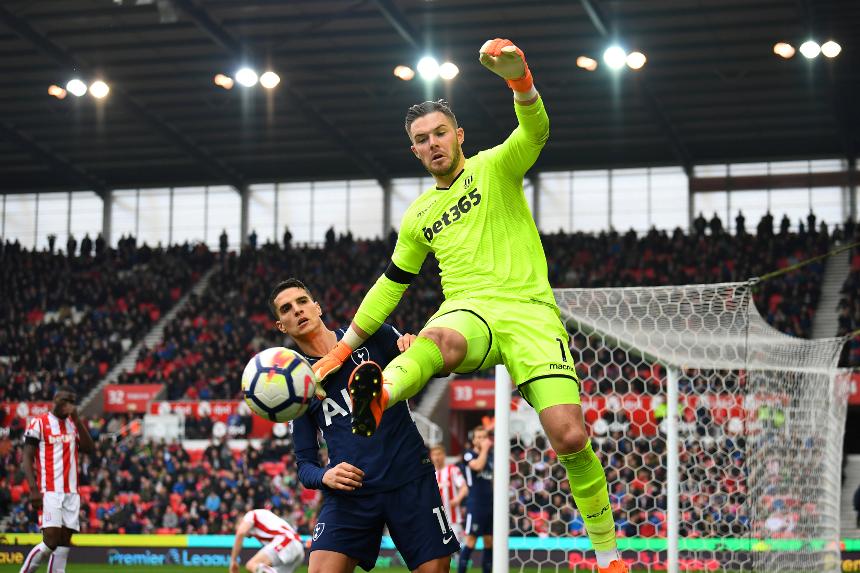 Together as one External Link
GW35 Ones to watch: Gabriel Jesus

The Stoke City goalkeeper is unrivalled in FPL when it comes to saves and bonus points.

Butland's 128 stops have returned 33 save points over the season, more than anyone else.

And since his return from a three-match absence through injury in Gameweek 15, he is also the top-ranked goalkeeper in the Bonus Points System (BPS), with 419.

Top goalkeepers by save points

Up with De Gea

Although Butland has kept only five clean sheets over the season, on four of those occasions he has earned at least one bonus point.

And over those five clean-sheet appearances he has averaged 8.8 points per match.

Butland has provided 75 points in his run of 20 starts since Gameweek 15.

That is only five fewer than David De Gea (£5.9m), who is the top points scorer and top-owned goalkeeper.

This is despite the Manchester United player keeping four more clean sheets over that period.

Manager Paul Lambert will be seeking a sixth clean sheet of the season to boost their hopes of safety.

Butland will not only be key for Lambert on Sunday, he can be an important figure for Fantasy managers.

He delivered 11 points in his last shutout at Southampton in Gameweek 29.

That highlights his potential for double-figure scores.

So for those managers activating their Free Hit chip, Butland offers the greatest potential for a big score in his position over Gameweek 35.