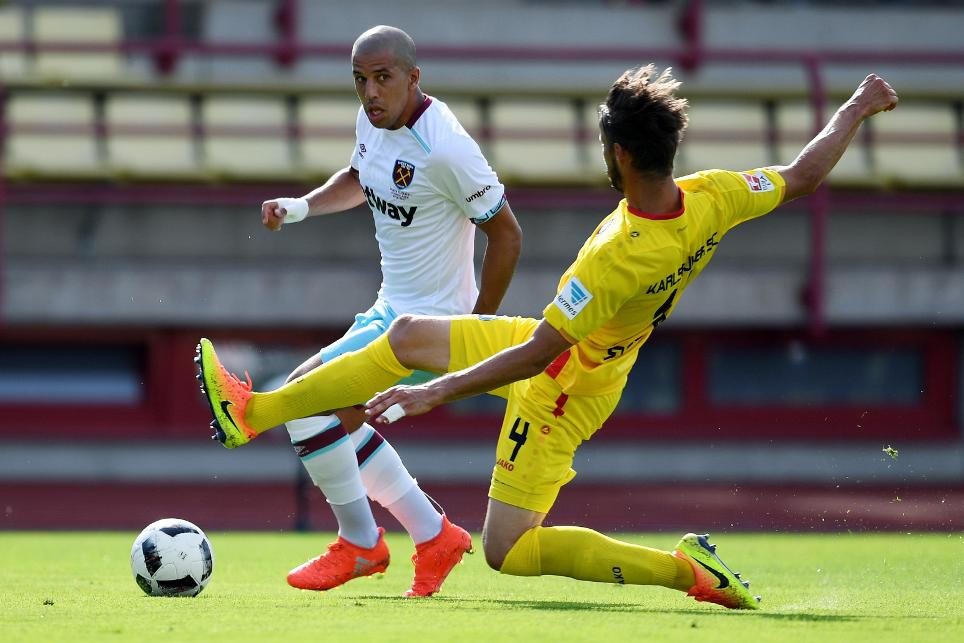 This summer's transfer window still has over a month to run but already we've seen a host of exciting newcomers sign for Premier League clubs.

After looking at Middlesbrough's Marten de Roon, Clarke's attentions turn to a winger hoping to make up for lost time at West Ham United.

The signing of Sofiane Feghouli is sure to give West Ham supporters yet further cause for optimism in the club's first season at the London Stadium.

The right-sided midfielder, 26, should be approaching his peak years following his move from Valencia. Fast, powerful and extremely positive on the ball, Feghouli will relish the opportunity of taking on Premier League full-backs on English soil.

It's expected that the Algerian will compete with Michail Antonio for a starting berth, but with the ex-Nottingham Forest man often utilized at right-back, there's a possibility the two could combine to form an athletic partnership down that side of the pitch.

In many respects last season's Hammers squad was overloaded with creators favouring to open up defences from central positions, so by adding another touchline-hugging winger to their ranks it creates far better balance within the group.

Phil Neville, his former coach at Valencia, once described the winger as a big-game player, and with 10 UEFA Champions League goals to his name, there is an element of pedigree to his record.

Although far from prolific, the Algeria international has scored between five and seven goals in each of the last five campaigns.

Last season was a virtual write-off however. After falling out with Valencia's owner, the winger saw his game-time limited and he grew into a figure of great frustration.

With fire in his belly, a fresh challenge, and the chance to make up for lost time in east London, Feghouli could be just the right man for Slaven Bilic.