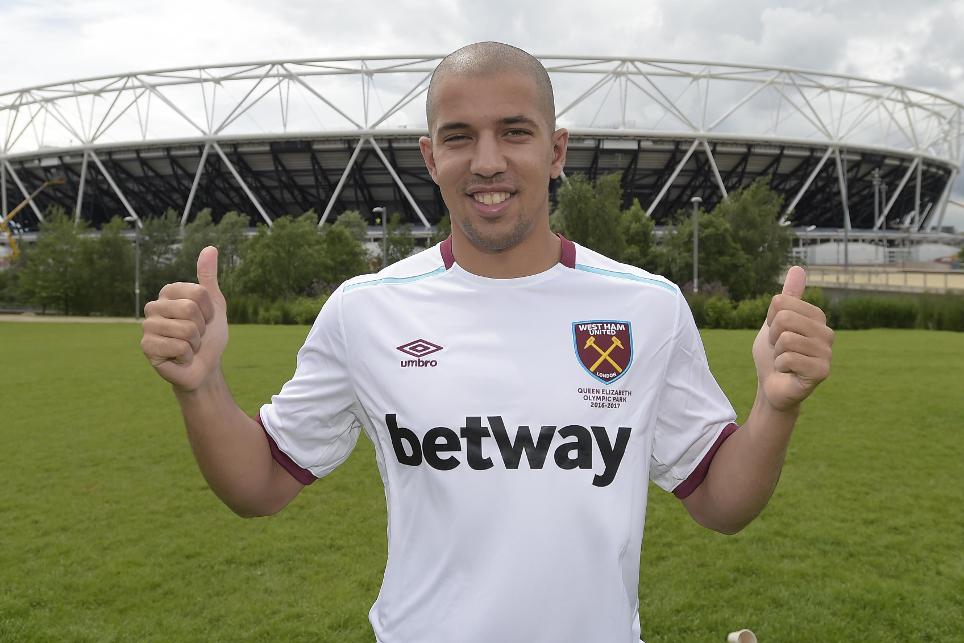 Sofiane Feghouli is excited by his "very important" move to the Premier League after joining West Ham United on a free transfer.

The 26-year-old Algeria winger will arrive at West Ham on 1 July on a three-year deal after the expiration of his contract at Valencia, where he scored 42 goals in 243 matches after a move from French side Grenoble in 2010.

"I am very happy to sign for the Hammers and for Slaven Bilic," Feghouli told whufc.com. "The history of the club is important for me in my decision.

"Playing in the Premier League is very important for players in their careers and I am happy to play for the Hammers."

The winger will hope to make his Premier League debut on the weekend commencing 13 August, while his first match at their new stadium at Queen Elizabeth Olympic Park could come on 7 August in a friendly against Juventus.

He and his team-mates will find out their opening opponents in the 2016/17 Premier League campaign when the fixtures are announced at 9am BST on Wednesday 15 June.

Born in Paris, France, Feghouli has been an integral part of Algeria's recent success on the international stage, having helped them reach the last 16 of the 2014 FIFA World Cup before an extra-time 2-1 defeat to Germany in the last 16.

He also won the 2012 Algerian Footballer of the Year, and is set to be the 14th player from his nation in the Premier League, and the first for West Ham.

Riyad Mahrez has had the biggest impact of Algerians to play in England, becoming the first African to win the Professional Footballers' Association Player of the Year as he starred in Leicester City's Premier League title triumph last season.

Mahrez's total of 21 goals and 67 appearances are the highest for Algerians in the competition.

Algerians to play in the Premier League