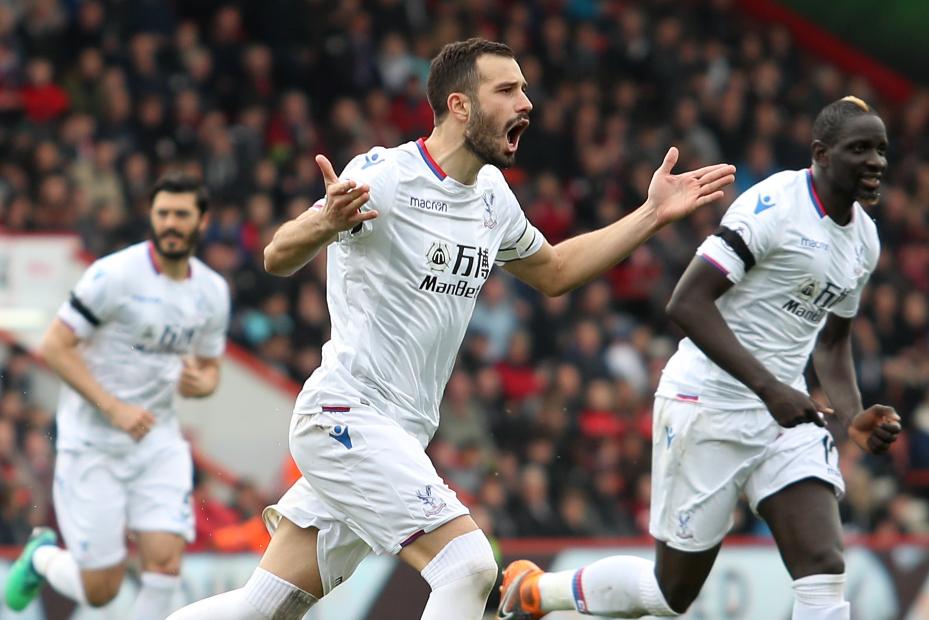 Luka Milivojevic (£5.1m) repaid the faith of Fantasy Premier League managers in Gameweek 33 to boost his reputation as a go-to value option.

Brought in by more than 110,000 ahead of a weekend trip to AFC Bournemouth, the Serb scored a direct free-kick to supply 10 points.

Milivojevic is second only to Mohamed Salah (£10.5m) for value among outfield players for points per million, by 25.0 to 25.8.

One of only two goalkeepers to claim a clean sheet in Gameweek 33, the Everton player has now earned three Dream Team call-ups this season. That is second only to the four of Kasper Schmeichel (£5.1m).

A goal against West Ham United means the Spaniard has now been directly involved in eight goals, two goals and six assists, for his best tally in a season at Chelsea. Azpilicueta is now the top-scoring defender with 154 points ahead of two Gameweek 34 fixtures against Southampton and Burnley.

Playing as a wing-back, Soares supplied both Southampton assists in the 3-2 defeat by Arsenal to secure a Dream Team debut. He has two fixtures in both Gameweeks 34 and 37, making him a potential target for the season run-in.

The centre-back’s nine clearances, blocks and interceptions (CBI), along with three recoveries, helped Liverpool to a third shutout in five Gameweeks. Lovren also completed 84 per cent of 80 attempted passes to help him to two bonus points.

Tottenham Hotspur’s playmaker returned a season-high score of 15 points in the 2-1 win at Stoke City. Eriksen has three goals and two assists in his last five Gameweeks ahead of a pair of Gameweek 34 matches against Manchester City and Brighton & Hove Albion.

The Frenchman struck twice in a 3-2 comeback win over Manchester City for his first goals since Gameweek 12. With matches against West Bromwich Albion and AFC Bournemouth in Gameweek 34, Pogba is the most-bought midfielder since Saturday’s deadline, with more than 65,000 new owners.

The Dream Team debutant netted his second goal of the season and was awarded the maximum three bonus points in a 2-1 victory at Watford. Burnley have won four successive matches ahead of Gameweek 34 home meetings with Leicester City and Chelsea.

The dead-ball expert’s free-kick in the 2-2 draw at AFC Bournemouth was his third goal in as many Gameweeks and 10th of the season. All have arrived in his last 17 starts, while he has been awarded 14 bonus points over the last 12 Gameweeks.

Handed back-to-back starts for the first time since Gameweek 5, the Arsenal striker supplied two goals and an assist in the home win over Southampton. Welbeck could now profit from a run of starts over the final Gameweeks as manager Arsene Wenger continues to rotate because of the UEFA Europa League.

After firing the winner against Huddersfield Town in Gameweek 32, the Newcastle United striker secured a victory at Leicester. A goal and assist helped Perez claim a first double-figure score of the season, earning him a second Dream Team appearance.